40 Days until kickoff at the Georgia Dome. Today, we highlight the player who will wear the #40 jersey agaist Ole Miss—Armand Nance.

Nance chose the Broncos over an offer from North Texas. Let that settle in for a second. Two scholarship offers for a kid who played for Boise State as a true freshman and will likely be a major contributor this year. What gives?!?!? Well, Nance was listed a pure-blocking TE as a recruit showing a limited receiving skillset. This could be from a lack of talent, the offensive system his high school used, or a combination of both. Regardless, a lack of receiving stats can definitely limit your value for a team to give up a roster spot and a good chunk of change to cover your schoolin'. Ahhh... but Boise State coaches are smart and moved Nance to defensive tackle once he arrived on campus.

Pretty appropriate when you think about this:

Appeared in each of the Broncos' 13 games in 2013, including eight starts, recording 51 tackles, four tackles-for-loss, and two sacks. Named first team all-state and was a Texas State Champion as a senior. Second team all-district as a junior. Honorable mention all-district as a sophomore. 3-time academic all-district. Member of National Honor Society.

I have to admit, Nance is probably my favorite Bronco. Being asked to switch positions is never easy at the college level and the only thing Nance said was, "How much do you want me to eat?" As a junior, he's taken that attitude and transformed himself into not only a starting defensive tackle, but a player the Broncos desperately need. Alongside fellow DT, Tyler Horn, Nance anchors a defensive line that isn't particularly deep, at least on paper. He is, for all intents and purposes, the leader of that group and I personally think they are in good hands. As far a production is concerned, Nance should see a nice bump with increased playing time after the graduation of Ricky Tjong-A-Tjoe. All-MWC is certainly in Nance's future and his ability to plug running lanes could ultimately prove to be the key to success for the 2014 Bronco Defense. 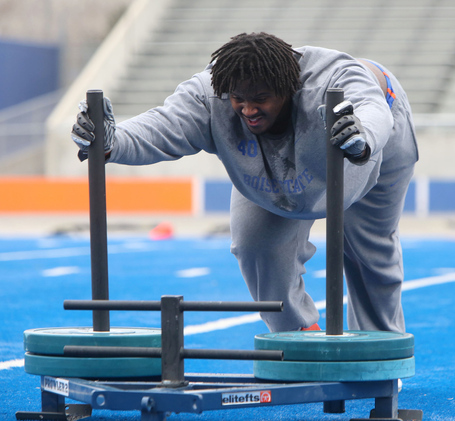 Affirmative... and I totally agree.

In the offseason, Nance prefers to front squat Ford Tuaruses (Tuari???) on leg day. Even the old school, bulk up master, Jeff Pitman, was astonished (and impressed) by this and then decided to incorporate the routine into every lineman's workout. Needless to say, Lithia Ford has seen a dramatic uptick in demand the last few months. 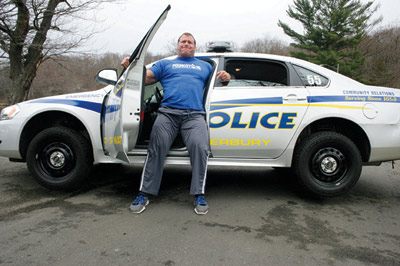