Jesse's got the weekend countdown shift. Be safe, everybody.

We've got just 41 days until kickoff, so today let's take a look at #41 on the Bronco roster—Dan Goodale

Goodale walked on the Boise State football team (sauntered on, really) after a stellar prep career at Boise's Timberline High School. Goodale was a first team all-state punter as a senior and was named an all-state second-teamer at wide receiver. As a senior, was named first team all-league at both positions and as a sophomore, took home honorable mention all-league honors.

The pipes, the pipes are calling. 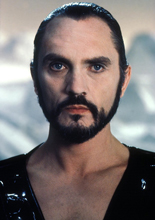 Named to the 2014 preseason Lou Groza Award watch list. Named honorable mention All-MWC in 2013 after hitting 17-of-19 field goalsFirst team all-state as a punter and 2nd team all-state as a receiver in 2009. Starting kicker in 11 games in 2011. Appeared in final four games of 2012 season as kickoff specialist.

Overall, Goodale had a great year in 2013—as evidenced by his inclusion on the preseason Groza Award watch list—but he still needs a major personal win on his resumé: the ability to hit the clutch shot. Remember, it was a freshman Goodale that missed the game-winning shot against TCU in 2011. A not-so-easy kick that could've preserved Boise State's perfect season and potentially catapulted them into the National Championship. We'll forget for a moment that Boise State's defensive secondary troubles were the real key to TCU's victory that day, and that a 4th quarter Drew Wright fumble gave TCU momentum back—people remember the "almosts", and that was a biggie. It was why people vilified Kyle Brotzman in 2010 and not the gassed Bronco defense in their stunning loss to Nevada. It's not fair, but it's the perception. A year ago, Goodale had an amazing season. 17-of-19 on field goals, but one miss was against San Diego State at the end of regulation...a game BSU went on to lose in OT that kept them out of the MWC title game. I know...it's not fair, but I can recall kicks that Anthony Montgomery, Tyler Jones and Michael Frisina hit and only seem to recall Brotzman's double-daggers and Goodale's end-of-regulation shortcomings. I want desperately for Goodale to strike those kicks from my memory. Missing only two kicks again this year would be phenomenal for the senior walk-on—as long as he misses the right ones. I know Goodale has it in him. Go get 'em, kid.

Find something you're passionate about and do it. If you don't love it, there is no place for it in your life.

Goodale's beard is impervious to razors and only a Kryptonite Gillette can successfully mow down the stubble.