It's Tuesday, but more importantly we have 44 days until kickoff and it's a PALINDROME!!!!, so today's profile is on No. 44, Darren Lee.

Lee had the unique opportunity to be part of two Boise State recruiting classes, which meant double the hype and double the times Jeff Caves mentions your name in a Buffalo Wild Wings. Lee joined officially in the 2010 class before leaving to serve a two-year mission; upon returning - and upon all of us forgetting who he was - he was lumped in with the 2013 recruits, too.

Why did Boise State choose to recruit a player who would be on church-mandated layaway? Maybe it's because Lee was a multi-sport star at Lassen High (track and wrestling, plus football) and a strong two-way player. In his two years with the varsity, he recorded 141 tackles and rushed for over 1,300 rushing yards. As a senior, Lee was named first-team All-State for Division III and the Northern Athletic League Defensive Most Valuable Player. Boise State liked it, so they put a ring on it. 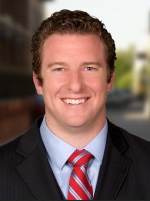 Ex-Bronco DE Nick Schlekeway in his new life as a real estate broker.

Played in all 13 games during in 2013, seeing action at linebacker and on special teams. Named to Fall 2013 Academic All-Mountain West team. Carried The Hammer™ against Oregon State in the 2013 Sheraton Hawai'i Bowl. Voted Northern Athletic League Defensive Most Valuable Player as a senior in 2010. Named first team all-conference as a junior in 2009.

You never really know what to expect from return missionaries. Some commit, head into the mission field and lose their passion for football, some decide to transfer (usually to BYU) and others come back, bigger, stronger and more mature than when they left. Fortunately for the Broncos, Darren Lee was one of the latter (no pun intended)—surprising everyone with a standout "true" freshman campaign. Lee's 17 tackles weren't anywhere near the top of the tackler rankings and he was outshone by fellow true frosh Tanner Vallejo (who made 51 stops and started six games), but it was impressive nonetheless to see him shake off the football cobwebs and make significant contributions to the squad.

What I like most about Lee is his versatility—he was a bright spot on special teams and became a great "plug and play" member of the team. So, what should we expect for 2014? More of the same, I'm sure. I expect Vallejo and Weaver to get plenty of PT this Fall as the "ones" and Blake Renaud and Chris Santini to fall into the two spots (or, best-case-scenario co-start)...but don't count out Lee, Martarano, Gray or even Travis Saxton to get quality time in. The LB corps is as deep as it's been in years and even with moving back to the 4-2-5 there is a definite path to playing time for each of these guys. The 4-2-5 defense makes the LB spots more focused on versatility—that is, an ability to make stops but also drop into coverages. If that's our criteria, I think Lee could be as good a candidate as any...and with Coach Yates emphasis on varying his coverages and rotating fresh bodies in constantly, I think Lee finds himself in a good spot for the upcoming season.

Darren Lee is the #1 Elvis impersonator in Vancouver...if not the world. See for yourself.