We're just 48 days from kickoff, but that number is currently vacant, so today I'll highlight a newcomer who probably won't wear the #48 jersey—Zavior Hoxie

Hoxie snuck in late to the Broncos 2014 recruiting class right towards the end, well off many fans' radar due to him residing in SEC country—not a traditional Bronco recruiting hotbed. When you look at Hoxie's film though, you gain an appreciation for the new coaching staff's dismissal of the term "geographical recruiting". Hoxie was rated a 3-star prospect by both ESPN and 247sports and was named second team all-state after his senior season on the offensive side of the ball (as an RB). Zavior also earned the Most Improved Player Award and the Green Club Fitness award after his senior season—a season, where his team went undefeated and snagged a state title. Hoxie held a host of scholly offers from the likes of ECU, Wisconsin, Georgia State, Arkansas State, Illinois, Indiana, Mercer, Navy, and Wake Forest. 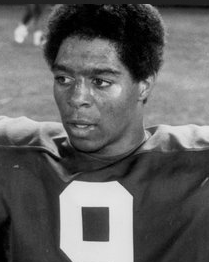 Hoxie flew a bit under Bronco Nation's radar during the topsy-turvy 2014 recruiting cycle...but I'm sure glad we landed him, as he looks to be a versatile playmaker and already possesses some of the size we've been missing in the secondary. A standout player on both sides of the ball, Hoxie could actually be a solid contributor at running back or receiver if it came right down to it, but he was recruited as a corner and that's where I can see him sticking. He has the body type to rove around a bit too, which is something I like— easily capable of stepping into the nickel or strong safety spot if asked and I know he'll be highly-prized by Kent Riddle and the special teams unit. Boise State probably has the luxury of redshirting Hoxie in 2014, but next year with Cleshawn Page, Mercy Maston and Bryan Douglas all moving on from the CB spot and Jeremy Ioane and Corey Bell vacating their safety and nickel spots, respectively—things will be wide open for Hoxie to make his presence felt. If he does indeed play this season, I see him mainly being a special teams contributor or brought in for defensive dime packages. Best bet right now would be for Hoxie to spend some quality time in the weight room, film room and scout team and come out next year and show everyone what Georgia boys are made of. I fear that the fabled Hoxie/Moxey secondary may not happen until 2016, but keep the faith everyone.

It's all real now

Wouldn't you know it.

For DBs coach Julius Brown, offering Hoxie was a no brainer, as he already owned a pet hawk named Xavier Hawksey. 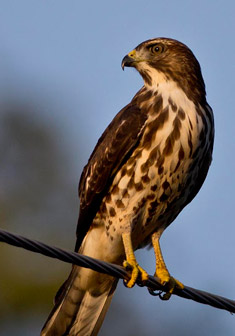