We've got 58 days until kickoff...so today we'll be taking a look at #58 on the Boise State roster—Robert Ash

We need a Bobby on the team. Why not Ash? 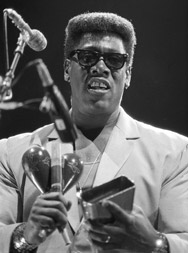 Played in six games for the Broncos in 2013, notching 9 tackles (1.5 for loss) and a sack. Two time first team all-conference selection at COHS. Two year varsity captain at Cosumnes Oaks.

Ash came in as a highly-touted defensive tackle and by golly, that's what he's going to be. After a year languishing on the D-line depth chart as a freshman, Ash was moved to offensive guard for the better part of Spring and Fall Camp in 2013, but ultimately ended up BACK on the D-line by the time the season really got rolling, and if you looked closely, you could see some development there. I'm not sure why Ash has ended up a late bloomer, but it was encouraging to see him get some playing time last season and his tackle totals, while not huge, at least showed that he was making the most of his time in the game. Given the depth disparity, I'm tempted to will Ash back to the O-line for this season, but I think his line-of-scrimmage jumping is at an end and he'll be in the mix to appear on the two deep at D-tackle. Currently, I don't have Ash as one of the top four at the position (Horn, Taimatuia, Nance, Terry) but he's lurking in the weeds (blue weeds, that is) and will definitely contribute this Fall. Who knows...with some big strides in camp, Ash might be able to edge his way into that first wave rotation. This is America, after all.

Ash is such a loyal customer at the Broadway Chick-fil-A, that—against standing company policy—they open the store for him on Sundays.