We've got just 82 days until kickoff, everyone...so today let's take a look at the Bronco that wears the #82 jersey—Thomas Sperbeck 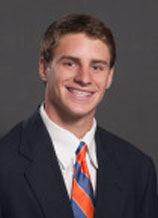 Sperbeck's verbal was a bit of a surprise for many because of it's timing (mid-December) and the fact that he was listed as a QB through most recruiting services and the Broncos were supposed to be stocked in that department for the year (Ryan Finley). It was then that we learned that Sperbeck was also a better-than-average safety at Jesuit and would be bringing his athleticism to the defensive side of the ball (or so we thought at the time). Furthermore, Sperbeck was named MaxPreps' All-Sac-Joaquin Section First Team as an athlete, and led his squad in rushing, tackling, passing, and scoring as a senior. Not bad. Sperbeck was rated a 3-star prospect by Scout.com and held offers from Colorado State, San José State, and Army.

Say it with a Cockney accent and it works even better. 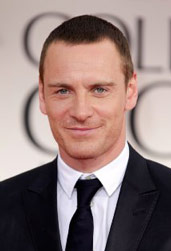 You'll forgive my scouting report on Sperbeck last year that a) had him pegged as a safety, and b) had him pegged as a "likely" redshirt candidate. The kid is just full of surprises. Thrust onto the wide receiver depth chart last season presumably because of an injury to Kirby Moore, Sperbeck tried to make lemonade out of a lemony situation and came away with valuable experience but tight end-like receiving numbers (40 yards on 5 receptions). Sperbeck continued to impress coaches though this Spring and now looks very much in the lead for the 3rd starting receiver spot. I fully expect some new names to emerge among the WR corps this season, including at least one true frosh, but Sperbeck looks like a guy that's already gained the trust of the new coaching staff and should get a lot of playing time. I've played the prediction game before and lost, but I don't think it's a bold gambit to suggest that Sperbeck will improve upon last year's numbers. Heck, he could probably surpass last season's totals by week two if he plays his cards right. He's not the biggest guy, nor the flashiest...but I think his versatility puts him in the mold of a Vinny Perretta type player and I think the coaches will try to get him touches however they can. Both Kevan and my post-Spring depth charts had him as a starter, and I'll stick to that until there's a drastic change.

Not that I know of.

The NCAA made Sperbeck ditch his lucrative contract with the highway department once he enrolled in school. Sperbeck's Curb Checks had a good run.