The weekend is back. The countdown never left.

We've got just 83 days until the Broncos take to Atlanta to take it to Ole Miss, so today we'll highlight the player that wears the #83 jersey—Tanner Shipley

Shipley actually verbally committed to BYU (twice) before coming to his senses and signing with the Broncos in February of 2013. He scheduled official visits on back-to-back weeks to BYU and Boise State. His commitment was still up in the air until only a few days after he visited Boise. Labeled a 3-star recruit from every recruiting site, Shipley also held offers from Colorado, Oregon State, and Wyoming with ESPN ranking him the 12th best recruit from the state of Oregon. 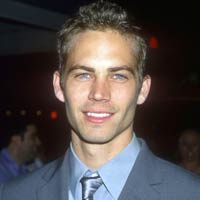 Named Boise State's Special Teams Scout Team Player of the Year for 2013. Named the Northwest Oregon Conference (NWOC) Offensive Player of the Year after amassing 1,912 all-purpose yards and 21 touchdowns his senior season. Named all-NWOC first-team as running in 2012. During his junior season, Shipley rushed for 1,287 yards and scored 16 touchdowns leading to a second-team all-NWOC selection. He also earned all-conference honors as a cornerback both years.

Shipley is one of the players I'm most excited to see develop this year. If you would've told me at the beginning of last season that we'd have a wide receiver forgo his redshirt season and play as a true frosh, I would've guessed that Shipley would've been the guy. Turns out, that guy was Thomas Sperbeck...but that doesn't mean that Shipley will be any less of a weapon for the Broncos in 2014. Shipley, like Sperbeck, played multiple positions in high school and has the versatility and size to become an insta-weapon in the Broncos passing and rushing attack. It seems to me, with Shipley's prowess running the football, that he'd be another guy to try to get in space via a well-timed screen or swing pass. Shane Williams-Rhodes thus far has been about the only reliable recipient of said passes, but as we saw against Washington last season, having a load of guys capable of getting to the edges can be extremely effective (unfortunately, we were on the wrong end of this at UW). We know that Williams-Rhodes and Matt Miller have two receiver spots pretty well locked down at the starter level, but Shipley could definitely be in contention for the 3rd when Fall Camp opens. I'd say Sperbeck has a slight experience edge at the moment, but I'd expect Shipley to be a major factor as well—anyone that saw him lay out for an overthrown fade route prior to last season's Fall scrimmage has gotten a taste of what he's capable of (he caught it).

As evidenced by the above tweet, Shipley is an avid fisherman, but did you know that he caught a record-tying catfish by dangling a churro off the side of his father's boat?