We've got just 84 days until the much-anticipated start to the Bryan Harsin era, so today I'll highlight the player that currently wears the #84 jersey—Jake Hardee

There is an unwritten rule of nicknames...if your name is "Jake" you must be called "The Snake" (kinda like "Zach" must be "Lego Maniac"). 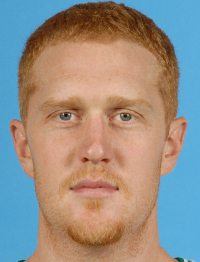 Named to Academic All-MWC team in 2013. Appeared in all 13 games for the Broncos in 2013, finishing with 5 receptions for 73 yards. Made five game appearances for the Broncos in 2012. Named to 2012 MWC All-Academic Team. Named scout team offensive player of the week after 2011 game against Colorado State. All-SIC selection at TE as a senior in 2010. All-SIC and all-state selection in basketball in 2010.

Hardee was the 8th leading receiver on the team last year and had the top yardage output of all tight ends at a whopping 73 yards. This is both awesome, as Hardee was a walk-on expected to be minor role player, and terrible, as it once again underscores the dreadful lack of production by the tight end group a year ago. Hardee could only use the tools he was given, and the "simplified" offense of 2013 could've used a few more trips to Home Depot. The good news for Hardee, and the rest of the tight end corps, is that the Mike Sanford era promises to be much kinder to our "bulky" receivers and Hardee showed that he is more than just a "sometimes" contributor. I actually think that Hardee fits the Bronco tight end mold as well as anyone we have on the roster—hard-working, tough, loca—now there's just that small matter of getting him the ball...or at least putting him in a position to succeed. This will be Mike Sanford's battle. We're arguably deeper and more talented at the tight end position than we've ever been, but at a low water mark for production. This can't continue, and won't continue in my humble opinion. Hardee, Roh, Huff, Peters and Dhaenens are the most likely candidates to receive (yes, pun intended) some of the karma that's coming to them in 2014...and it's likely at the forefront of their minds that they can lead a resurgence at the position and usher in a new era at Boise State. You gotta think this bodes well.

Hardee is a rare individual that has a geographically sensitive name. In some parts of the country, he's simply Jake Hardee. In other locales, however, Jake Carl's Jr. (Yes, we have Carl's Jr in Boise...don't overthink it).