We're in the 80s, so that means receivers and tight ends. Or, in this case, a receiving tight end.

Huff was a late addition to the Broncos' 2010 recruiting class, verballing on the dotted line just days before official LOI Day. Huff hails from Chase Baker and ex-Bronco Jimmy Laughrea's alma mater Rocklin and was first-team all-conference and all-section in 2009 as well as Conference Playmaker of the Year after setting Rocklin records in receiving yards, receiving touchdowns, and, presumably, awards. Oh, and he can also jump high...clearing the bar at 6 feet 2 inches while competing for Rocklin. Huff grayshirted in 2010 and followed with a redshirt in 2011.

He's not known for his love of kittens and bunnies. 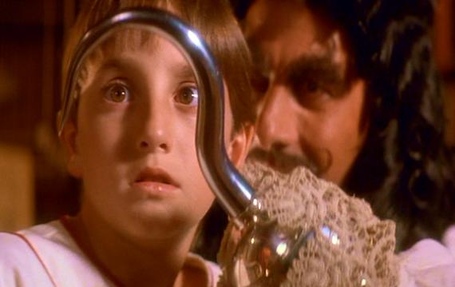 Jack Banning from one of the great movies of all-time, Hook.

Played in all 13 games for the Broncos in 2012, with five starts. Caught Helped lead Rocklin HS to a Sierra Football League Championship, as well as a Sac-Joaquin Section title. Career receiving yards leader at Rocklin (1,664).

"I'd expect at least 6 receiving TDs out of him and somewhere near 400 receiving yards if he and Southwick can stay on a similar wavelength." - Drew Roberts, June 7, 2013

I would like to think Drew should have taken a mulligan on that prediction, but nobody could have predicted the plight of the tight end in the last year of Chris Petersen's offense. Luckily, as we have written about before, the tight end is about to make a triumphant return to the Bronco attack.

At the start of last season, I was right with Drew in predicting a big year from Huff. Due to receiving talent and experience, he was poised to have a breakout year. Scheme and injuries completely wiped out the chance at that happening. Fast-forward one year and Huff could legitimately fall anywhere from between one and five on the TE depth chart. Jake Hardee, Conor Peters, Jake Roh, and potentially true freshman Chase Blakley, will all be in the mix for substantial playing time. For my money, I peg Huff at third on the depth chart behind Roh and Peters... close to starting, but not quite.

Huff, unfortunately, hasn't began the Harsin-era on the best of terms. He along with Andrew Pint were suspended for the season opener at Ole Miss. Pint has since left the program, which hopefully isn't foreshadowing in Huff's case. We don't and probably will never know the reason for the suspension. Hopefully, Huff will recover from the transgression and reclaim his spot as a top pass catching threat for the Broncos.

No, he didn't catch that bug.

Holden Humphrey Huff is the illegitimate offspring of this guy: 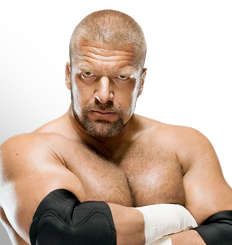