Almost done with the O-line

We've got just 59 days (that's under two months, kids) until the Broncos hit Atlanta, so today I'll highlight the player that wears the #59 jersey—Mason Hampton

He walked on from just up the road. Hampton never had to leave Ada County when he decided to hop on the connector last summer to try to make the Bronco roster. Hampton was named to the SIC all-conference team as a junior and senior (2nd team and 1st team, respectively) and was named 2nd team all-state as a senior. Hampton also received the Shriner's All-Star award after his senior campaign (a golden fez?), but scholarship offers didn't really materialize so he joined the hometown squad to try to contribute.

Have it on good authority that this is the correct nickname for Mr. Hampton, so disregard previous suggestion. 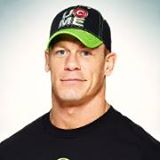 I don't know if Hampton took a look at the roster before he decided to walk on, but if he did...he's a genius. Hampton's chances of playing this year as a redshirt frosh are sky high given the current state of the position and I think will have a better-than-average chance at making the left or right guard two-deep. Of course, Hampton could also find himself in the center mix—a spot he played extensively this Spring behind Marcus Henry and ostensibly in the stead of injured Andrew Tercek (who was recruited to play the position). That means there are 3 legitimate slots Hampton could slide into on a line that currently has 11 bodies for 10 spots (5 positions x 2 deep). I'm no mathemagician, but I'd say that puts his odds squarely in the "good" column. Whether a more highly touted true frosh recruit can come in and snag one of those spots for himself will be interesting to see come August, but if Hampton made the trek from Meridian to Boise to find playing time, this seems like the year to find it.

Hampton calls his apartment "the Masonic Lodge" and requires a secret knock to enter (and no, it's not "shave and a haircut")