We've got just 86 days until kickoff, so today I'll highlight the player that currently bears the #86 jersey—A.J. Richardson 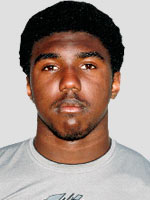 By shunning da Bears (the golden ones). Richardson was a one-time Cal commit, but jumped ship after their coaching change and picked the Broncos. Everything worked out well in the end, as Richardson needed time to rehab a knee injury and was able to gray shirt for the Broncos. Richardson was a standout wide receiver at Narbonne, racking up close to 2,000 yards between his junior and senior seasons at the school—also leading the team to back-to-back CIF Los Angeles City Section Division I Championships. As a senior, named a Semper Fidelis All-American as well as All-Marine League, all-city section and all-state. San Diego State, New Mexico State, Nevada, Duke, Houston, Hawaii, and obviously Cal had extended offers to Richardson.

Check out his highlight tape, and you'll see what I mean. 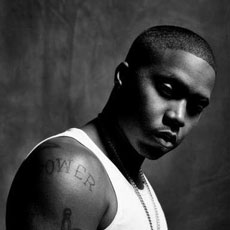 Semper Fi All-American in 2012. All-Marine League, all-city section and all-state in 2012. Over 2,600 receiving yards and 34 TDs in 3 year varsity career. Named "top ten" receiver in the west by Scout.com.

Richardson is the guy that is supposed to make us feel better about losing Shay Fields in the 2014 recruiting class. His enrollment also softened the blow of losing Jack Austin in the 2013 cycle...who was basically a straight swap, since the once-committed Austin ended up a Golden Bear. Richardson, by numerous measuring sticks could be the highest rated wide out that the Broncos have signed in some time...and that's even looking at the always-stellar Matt Miller, who had more offers, but was not as highly ranked by the scouting services. Of course, this isn't to say that Richardson will outshine all past wide receivers...that's a lofty goal, but he definitely could have just as high of a ceiling as the best of the best, and might get to an elite level sooner—if, of course, he can shake off the rust accumulated during his lengthy rehab and downtime.

We didn't hear a lot from Richardson this Spring—his first with the squad—but all accounts are that he's progressing nicely and poised to start making a little noise. Richardson's development is important given the current state of the Bronco WR corps. Matt Miller is a senior, and we'll need another big time play maker to emerge alongside Shane Williams-Rhodes and company next season. Furthermore, the Broncos will have a new signal-caller in 2015, meaning a Marvin Harrison slot could be available for our next Peyton Manning. Looking at Richardson's film (below), it's hard to not get excited about the weapon we've inherited, he's creative after-the-catch, has great hands and top-end speed and looks like a guy that would be a good recipient of a screen pass or two, to take some heat off of Williams-Rhodes. Look for Richardson to find his footing in Fall Camp and make strides this season before taking a big jump in 2015.

I do believe this is your man.

Bruh mad that the cheese is gone

When Richardson was born, his father worked at the U.S. Mint in the $20 division. Hence, his namesake, Andrew Jackson Richardson.