We've got just 67 days until kickoff, so today we'll highlight a Bronco newcomer that probably won't wear #67 jersey—Dereck Boles—but hey, we got to get 'em all in right? 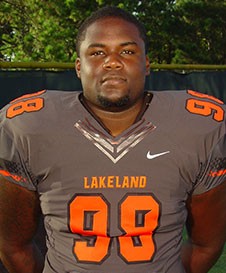 To this day, I still have no idea how the Broncos got lucky enough to find and then sign Boles. He looks great on film (see below) and Lakeland High is a perennially strong program who places numerous players each year in D1 programs. You're telling me that Florida Atlantic or Florida International couldn't rustle up a schollie for this kid? That's crazy to me. Most likely, you have D-Line Coach Steve Caldwell and his long history recruiting the South to thank. According to every major recruiting site, Boise State was Boles' only D1 offer. The caveat there is recruiting sites only show the offers kids report to them.

Anywho, Boles, who originally hails from Jamaica, is a fairly raw prospect which could have played a role in his under-recruitment and under-rating. He was a consensus two-star recruit according to 247Sports; although, he miraculously landed a third star from ESPN after signing with Boise State. Maybe we are more respected than we think?

Boles was a four-year letterwinner at Lakeland High and was named second-team all-state in class 7-A Florida and first-team all-county as a senior.

When we see Dereck Boles hit the field, he's going to be solid. Most likely, though, that won't be for a year or two. Defensive Tackle depth isn't exactly indicative of the name... deep... but it would be a stretch to see Boles, an athletic, yet raw, freshman, see the field. Behind starters, Armand Nance and Tyler Horn, the Broncos will use Justin Taimatuia, Nick Terry, Robert Ash, and fellow 2014 signee Antoine Turner. Ideally, when we finally see Boles he'll be all the way up to a strong, nimble 300 lbs., considering only one of the players in the current rotation, Nance, is above 300lbs. Obviously, we all want Boles to add GOOD weight. There's adding weight and there's adding good weight... The classic McDonalds vs. Muscle quagmire.

As you will see below, however, maybe the door is open for us to see Boles on the field this fall. If you are reading this, Dereck, motivation, work ethic in the weight room, and time in the film room could make all the difference.

Every incoming freshmen dream right now is to start as a true freshmen ✊✊✊ it ain't impossible that's all I know.

As part of the scholarship paperwork Boles signed, Boise State agreed in writing to provide weekly Jamaican-inspired cuisine at the Boise River Cafe. Who doesn't like Jerk Chicken? 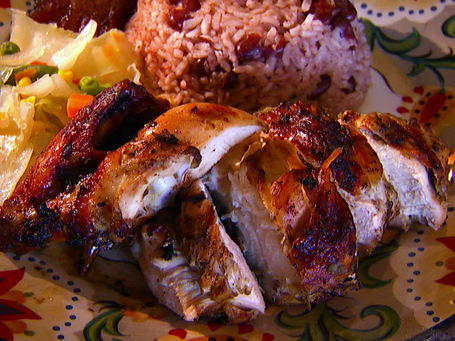