It's Friday night and we have 69 days until kickoff...So that means it's about time to profile number 69 on Boise State's roster—Tyler Horn

A standout defensive end from Meridian's Mountain View High School, the 6'4" Horn was honorable mention all-state and All-SIC as a junior and first-team for both as a senior. He did OK (I guess) in the stat department, posting 95 tackles, 25 sacks, 5 forced fumbles, and 3 pass deflections. In Horn's senior year alone, his tackles-for-loss added up to more than 100 yards of lost yardage for his opponents. Boise State was the only school to offer because, let's face it, when you know, you just know. 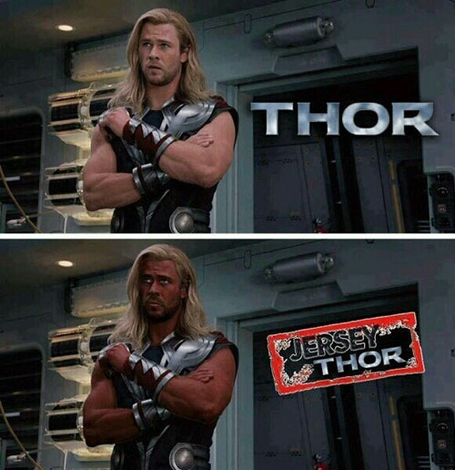 Question: When is being versatile a negative? Answer: When you are a tweener on the football field. Specifically, the LB/DE and DE/DT hybrid types. In Tyler Horn's case, his versatility hindered his ability to pack on the pounds of a true defensive tackle. Of course, it was never the plan for Horn to be a DT having played and been recruited as a DE. Due to injuries and lack of depth, however, he was absolutely needed on the interior line.

All that is the past, though. As a senior, Tyler Horn is your most experienced and capable defensive linemen, garnering a 2nd Team Preseason All-MWC selection by football know-it-all, Phil Steele. While it's worth noting that Horn has gained twelve pounds since last year according to the official roster (up to 276), he is still quite svelte compared to most defensive tackles. His lean frame can create havoc for flatfooted o-linemen but has been vulnerable against the run.

Horn leads a line that will need to replace a NFL 2nd Round draftee. Between him and Armand Nance, the starting DTs will have the experience to be a strong unit. I'm excited to see what new DLine coach Steve Caldwell will bring to the table. By the looks of the weight gains, it seems that the DTs will be the primary beneficiaries of having Jeff Pitman back as Head Strength Coach. I expect to see Horn provide consistently good play throughout the season, leading to an All-MWC selection when all is said and done. His play might not make the highlight reels, but Tyler Horn will be an integral component of a successful Boise State Defense.

It appears not #LateToTheGame #LameSauce

Tyler Horn originally grew up in Preston, Idaho but his father Rico moved the family to the big city in pursuit of NFL-stardom... for who, we're not sure.