Texas recruiting really picked up in 2012 and Baggett is proof, as the Broncos snuck into TCU's back yard and got a commitment from the future O-lineman. Baggett is plenty seasoned, having started 38 games for the powerhouse program. Steven garnered first team all-area and first team all-district honors as a senior guard and was able to snag honorable mention all-district recognition as a sophomore and a junior as well. Baggett was given a 3-star rating by Scout.com and chose the Broncos over offers from Air Force, New Mexico State and Western Kentucky.

Tag It and Baggett. Appropriate for a lineman who hunts 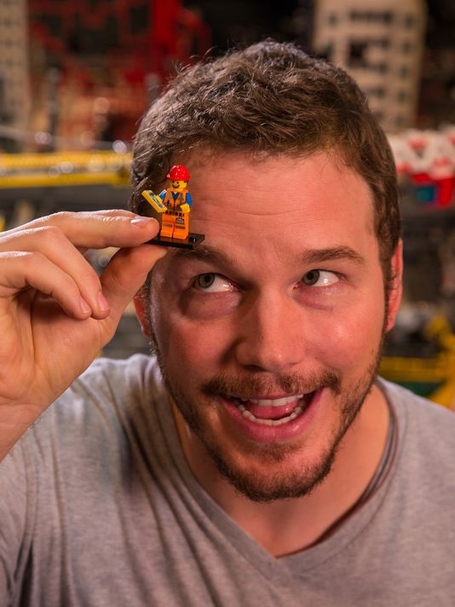 Last year, Drew listed his look-a-like as Andy Dwyer. Full disclosure: I didn't know who that was. Instead of copy Drew, I will just say that Baggett looks like Chris Pratt. Much more accurate. By the way, did you know THIS was coming out?

Made two starts for the Broncos in 2013 at right tackle. In the Glory Days of high school, Baggett helped Martin to a 12-2 record as a senior—picking up first team all-area and all-district honors in the process.

As I mentioned the other day, it looks like a two man race for the right tackle starting spot between Archie Lewis and Baggett. Along with being a year older, Baggett may have an advantage in that he did start two games last season when Rees Odhiambo went down to injury. At the very least, the loser of that battle will be slotted to play if (unfortunately, it's actually WHEN) injuries occur to either of the starting tackles. Let's face it, Rees Odhiambo hasn't been particularly healthy the past year meaning that even if the position battle is lost during training camp, the backup could be thrust into action at any minute. That isn't a groundbreaking insight by any means and applies to any position in any sport. But, it seems appropriate to point out due to the battle that awaits Lewis and Baggett in training camp and the grueling nature of offensive line play. May the best man win.

Yes, sir. And it looks like he is cut from the same cloth as O-Line coach Scott Huff: #RideTheLightning

A few years back, Baggett bulked up a little too much for the liking of the coaches. To rectify the situation, the young linemen spent additional time in his hometown of Arlington, Texas. Why would he do that, you ask? Texans only eat steak, brisket, and armadillo which are very fatty, how could he possibly lose weight? Well, he walked. Why? Because (and this is FACTUAL) Arlington is the largest city in the world without a fixed bus, commuter train, or light-rail system. Problem solved. Defensive linemen prepare to be bulldozed.