We have 71 days until kickoff, so today we'll highlight #71 on the Bronco roster—Rees Odhiambo. 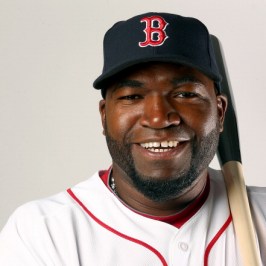 Appeared in 8 games, and started each one in 2013 before being sidelined with an injury. Named to Academic All-MWC team in 2013. Appeared in six games for the Broncos as a redshirt freshman in 2012. Earned "Ultimate Goon" award from strength coach Tim Socha in 2011. Allowed just one sack as a senior at Mansfield Legacy. Earned 2nd team all-conference honors. Back-to-back academic all-district distinctions.

Odhiambo was really in a groove last season before he was shelved due to an injury and I think everyone is hoping and praying to Jobu that he'll be 100% going into Fall Camp. Currently Odhiambo is our only proven tackle and we need proven tackles (and guards, centers...everyone, really). I fully expect Odhiambo to be good to go for Fall Camp and he should be a lock for the starting nod at directional tackle...a distinction I'm giving him because although he played right tackle last season, he's projected to slide into Charles Leno's LT spot come August. This switch appears to show the Bronco coaching staff's desire to have one of their best linemen protecting Grant Hedrick's blind side—a plan I support wholeheartedly. Odhiambo's backup looks like it may well be redshirt frosh Eli McCullough and on the opposite end, in his old spot, presumably Archie Lewis. This would give us (finally), a starting lineup of Odhiambo, Yakoo, Henry, Averill, and Lewis—a solid group if they can stay healthy, and a group with the versatility to move around some of its parts without losing any productivity. Odhiambo should be an anchor and one of the veteran leaders of the Bronco O-line this year, so knock on wood that he'll have more than 8 games in his tank.

As basketball ends.... On to the next #season Finale pic.twitter.com/y7GQlKdfcf

American football never really took off in Odhiambo's native Kenya. There weren't enough referees to deal with all the Cheetahs. /self rimshot