72 is the atomic number of hafnium. Of course, you already knew that.

We have 72 days until kickoff, so today I'll highlight #72 on the Bronco roster—Marcus Henry

Henry was one of the best lineman in all of high school Washington back in 2010, earning Kingco Conference Lineman of the Year, first-team All State, and a state championship his senior year (the second of back-to-back champies (as the kids call them these days). He committed to Boise State early enough that the big-time offers never materialized, save for a late desperate plea from Washington. 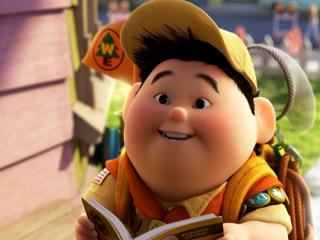 Started 12 games for the Broncos in 2013, missing only the season finale to injury. Named to MWC All-Academic Team in 2013. Played in 11 games as redshirt freshman in 2012. Earned first team all-state honors as a senior, as well as KingCo Conference Lineman of the Year. Helped high school team to back-to-back state titles in '09 and '10.

Last year, Henry was one of our most consistent and dependable blockers—locking down the right guard spot and never relinquishing it except for the regular season finale—which he sat out due to injury. This season, I expect Henry to once again be a stalwart on the line, but if Spring Camp is any indicator...slightly to his left. Henry played center almost exclusively this Spring, which either speaks to the coaching staff's regard for the previous suitors at center, or was just a grand experiment. Either way, I think Henry is going to stick at center—opening the right guard spot for someone like Travis Averill to occupy. The Broncos lost a 2-year all-conference center when Matt Paradis graduated, so will need to fill that void with another player of Paradis' caliber. To me, Henry is the best interior O-lineman we have, so sliding him into the "most important" position on the line makes a lot of sense. I think Yakoo and Averill start at his left and right, respectively, and redshirt frosh Andrew Tercek backs Henry up at center. I'll wait another few days to give my full O-line projection, but no way Henry isn't a starter this year, whether he stays in the middle or moves back to guard.

Early signs point to "no"

Henry is down 11 pounds from last year's playing weight. His secret? Wii Sports.