We've got just 77 days until kickoff in the Georgia Dome, so today I'll highlight a Bronco newcomer who probably won't wear the #77 jersey, but we gotta highlight him anyway—Chase Blakley 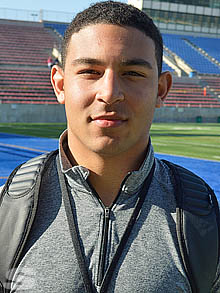 Through the persistence of the new coaching staff, specifically Eliah Drinkwitz. Blakley had been a seemingly firm UW commit for the better part of a year and hadn't even been offered by the previous staff. Well, after Chris Petersen went to Seattle, Blakley no longer felt he was as highly prized as was warranted and the incoming Boise State staff made keeping the Northern Idaho stud in-state a major priority. So major, in fact, that Eliah Drinkwitz showed up at his CdA doorstep at 12:01 AM the morning the dead period ended. Blakley caught 47 passes as a senior for 762 yards and 11 scores and helped lead his team to a state championship. As a junior, he had 51 receptions for 598 yards and 7 TDs. Blakley was named the Preseason "Mr. Football" for Idaho prior to his senior season by MaxPreps and was named first team all-state on both offense and defense at the season's close. Blakley was rated a 4-star player and #8 at his position nationally by Rivals/Yahoo! and also was named the #1 player in the state by 247Sports.com. Blakley held offers from EWU, Florida, Idaho, Idaho State, Washington (obviously), and Wyoming. It's safe to say that list would have been a lot longer too if he hadn't been so thoroughly committed to the Huskies for so long.

C'mon...he's an offensive skill player named "Chase", what more could you want? 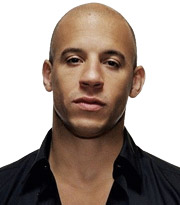 99 career receptions for 1,379 yards and 18 touchdowns. Awarded 4-stars and 8th best TE in the nation distinction by Rivals. Led team to state title in 2013. Was named first team all-state on offense and defense in 2013.

Blakley will come in as the most highly-touted tight end the Broncos have ever signed..and absolutely game-ready from day one. All this makes the fact that he may well redshirt even more remarkable. The Broncos tight end depth is, in short, really, really good. With six viable tight ends on the roster before Blakley even hits town (and just one senior), the Broncos look poised for a bit of a TE revival this season, Sanford-willing, and oddly enough we can actually afford to 'shirt the talented North Idahoan. Here comes the caveat though…Blakley could be too good to sit. Sure, we have a load of depth, but we have maybe one proven playmaker in the unit—Holden Huff, and he was all but invisible last year. If Blakley is as good as advertised, the Broncos may not want to leave that weapon holstered, whether they can afford to or not. Fall Camp will tell the true tale, but right now I'd put Blakley's redshirt probability at about an even 50-50, with most incoming frosh generally closer to 70% unless a lack of depth necessitates. Whenever Blakley's eligibility clock starts, he should be a solid four-year starter, and I think he has a higher ceiling than any tight end we've had in recent memory. We've had good names in the past, but Blakley looks, to me, like a guy that could really dominate. Hurry up and wait.