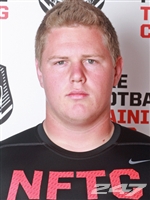 By standing firm on his commitment. Bacon originally committed to the Petersen regime in November of 2013 and weathered the storm in December when Pete and crew left for Seattle. Credit Bryan Harsin's crew for keeping Bacon on the good ship Bronco.

Bacon was a 4 year letterwinner in high school who earned named first-team all-league, all-county, all-region and all-state honors his senior year. As a junior, Bacon hauled in first-team All-High Desert League, all-county and all-area honors and finished first on his team in pancake blocks. Bacon was rated a top ten offensive guard on the west coast by Scout.com and was named a consensus 3-star prospect by all major recruiting services. A standout track and field athlete as well, Bacon recently made it all the way to the California State Track and Field Championships for discus, where he ultimately finished 7th in the entire state with a toss of 175 feet, 3 inches. Apart from Boise State, Bacon held offers from Colorado State, Cal, CSU-Pueblo, EWU, UNLV, WSU, and San Diego State (that we know of).

Everyone likes bacon. No reason for me to mess that up. 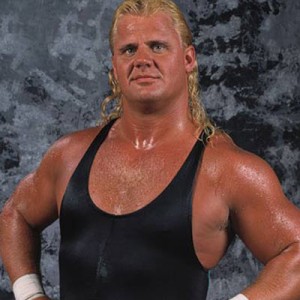 Bacon might have been one of the Broncos best "gets"  of the 2014 recruiting class, but nonetheless, we'll likely have to wait a little while to see him in action. Even though this would be considered somewhat of a "lean" year along the O-line, I don't know that I can recall a year where we played a true frosh at guard, tackle or center. If injuries stack up, an opening could present itself...but honestly, I don't think anyone should really be rooting for Bacon to come in and play immediately. 2015 and beyond should be prime Bacon time and I think he has the skills and maturity to be an anchor on the line for 4 years. Bacon already possesses the necessary height and weight for the job, although I think coaches wouldn't mind putting another 10–15 lbs on the big man and I think has the versatility to play anywhere along the line, but projects best as a guard or center. Going into Fall Camp, the Broncos will have just 11 guys on the O-line, so any injuries are going to force a true freshman into the 2-deep, and this is precisely why I am hoping that none of the newbies play right away, because it will be an indictment of the overall health of the line. Don't get me wrong—Bacon, Preciado and Su'esu'e look like they'll be big-time contributors in a year, but conventional wisdom says you sit these guys to acclimate them to the college game and bulk up their frames. Whether the Broncos have the luxury to be conventional this year remains to be seen.

I should say so.

September 3rd is International Bacon Day. Whether Troy will sign on to be grand marshal of the parade has yet to be determined. 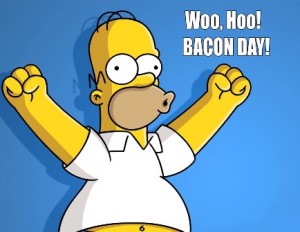