Dunn walked on last season after a stellar career at Napoleon Dynamite stomping grounds, Preston High. I scoured for football stats for Dunn, but couldn't find any...suffice it to say he's quite an athlete, winning the 4A state high jump crown in 2012 and finishing 2nd in the 110 hurdles. Dunn was also state runner-up in 2011 in the 110. Dunn reportedly turned down scholarship offers from Utah State, Weber State and Idaho State for a preferred walk-on slot with the Broncos. That's an OKG.

An A1 nickname if I ever saw one. 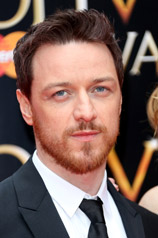 Appeared in four games for the Broncos in 2013 as a redshirt freshman. Named 2012 First-Team All-Area by Idaho State Journal. 2012 State high jump champion and 110 hurdles runner-up. 2011 state runner-up in 110 hurdles.

By the time Fall Camp opens, the Broncos will have 9 TEs on the roster. The working number here will be 8, as Kyle Sosnowski's playing career is over, but still…that's a truckload of tight ends—and only one is a senior (Connor Peters). I'd say this bodes pretty well for the next few seasons at the position, a LOT of guys are going to get reps and a lot of guys are going to gain experience. I think it's safe to say that we've got the bodies to not only hit the floor, but to find role-players at the position. When you have a stable of running backs, it's good to have your "every down" back, your "change of pace" back, and a "short yardage" or "goal line" back. The tight end position is not much different. I think Dunn definitely fits into the "pass catching" TE mold alongside Holden Huff and Jake Roh—with Connor Peters in the "blocking" TE camp and Alec Dhaenens and Jake Hardee in the "all around" category. No one yet knows which categories newcomers David Lucero and Chase Blakley will land in, although I'm betting on the latter. Dunn doesn't have the necessary bulk to be thrown in as an extra blocker, but his speed (check out those track stats) and leaping ability (check out those field stats) makes him an attractive goal line target and just increases our ability to spread the field. The good news here for Dunn is that he can bulk up, improve his blocking acumen and become more of an "all around" type...and similarly, "blocking" types can improve their hands and fit into that category as well. The "all around" guys are the ones that will inherit the earth playing time, but there's room for all in the new (hopefully) tight end friendly offense.

I don't believe so.

In the summer, Dunn returns home to train in Preston, Idaho. His training circuit includes 10 laps around the city of Preston, so he's usually done in about 15 minutes.