We have just 97 days until kickoff in Atlanta, so today we'll be highlighting the player that currently wears #97 on the Boise State roster—Austin Silsby

By making the trek from the Kuna desert to Bronco Albertsons Stadium (that'll take some getting used to). Silsby was a standout athlete at Kuna High School, earning 3 varsity letters in football and 4 in wrestling. Silsby led his team in tackles as a senior (69) from the outside linebacker position and for his efforts was named second team All-SIC and snagged an invite to the Shrine All-Star game.

Man, 3 days in and out of original nicknames. This bodes well. 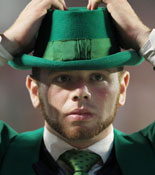 Won 3 letters at Kuna High School, culminating with a 2nd team All-SIC selection as a senior. Played outside linebacker for Kavemen as a senior and led team in tackles with 69. Accomplished wrestler, earning 3rd place at the state championships as a senior.

I don't know if Silsby has what it takes to crack the DE rotation, but this is as good a year as any to find out. We've had some pretty stellar walk-on talent of late in the DE department (thinking Ryan Winterswyk and the versatile Beau Martin). Silsby has good size and the experience to be able to slide into the STUD spot rather easily. He's not going to be one of the first guys you think of for a Demarcus Lawrence replacement...or even the 3rd or 4th, but we've seen guys like this rise up and seize playing time before—scholarships are a powerful motivator. I liked what I saw from Gabe Perez last season as a true frosh and think he'll probably be the DE to beat at the STUD spot, but the newly-moved Mat Boesen could also make a little noise there. Incoming frosh Kaleb Hill and Jabril Frazier are talented enough to play as true frosh with the "light" DE corps, so Silsby has his opportunity in the Fall to make a dent here. As we'll discuss ad nauseum, Yates' defensive philosophy will put a big emphasis on fast, attacking D...and that aggressive D will require fresh lungs and fresh legs. The starters will get the most snaps, but the other guys may divide 40 or 50 percent of the remainder. The bottom line is this: don't count anyone out this year, and especially not the hometown boys.

Not that I'm aware of.

In high school, Austin honed his football skills playing pickup games in the Kuna desert. The only problems were the potholes. 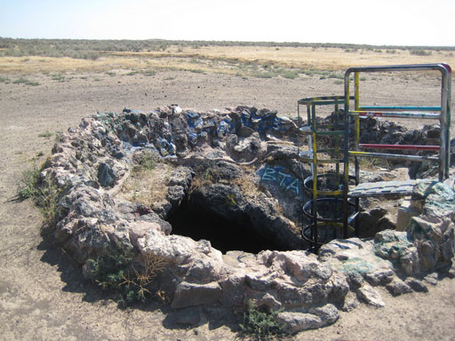 First step is a real doozy.