Share All sharing options for: Wake Up, Bronco Nation: 4-9-14

THE OBNUG BRACKET CHALLENGE WINNER IS...

We have a tie! Users peakseven and lazyt99 take the top honors. Not a single bracket in our pool picked either of the teams to reach the championship, let alone picked the winner. Let's face it, we're football people. 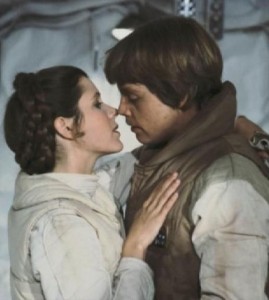 Get mad, get motivated, get better. Please be better...

Drafting Boldewijn and turning him into a Pro Bowler would be sooooooo Belichick.

Last weekend's Junior Day centered around a small scrimmage yielded three commits: Brett Rypien, Kyler Manu and, as Drew explains below, Akilian Butler. This weekend's festivities includes the real scrimmage that WILL be attended by more than 20,000 Bronco Faithful. One of the visitor's this weekend is 3-star mauler, Shane Lemeiux. Let's get 'em...

Boise State obviously secured (well, as secure as any verbal is, I suppose) the services of West Mesquite WR Akilian Butler yesterday—and did so sight-unseen, but one of the major reasons for Butler's commitment gives reason to believe that the 2015 class could end up snowballing into something pretty special:

"My relationship with (wide receivers) coach Junior Adams, the system they run and the commitment of Brett (Rypien),'' Butler said about the main factors in his decision.

Of course, now Akilian could be instrumental in getting his highly sought-after brother Josh on board too. Cause, meet effect.

UConn wins it all, my bracket was terrible

A seven seed beat an eight seed last night for the national hoops title and then UConn fans donned their fanciest top hats and danced the Charleston on the quad. Just kidding! They smashed everything in sight!

This UConn fan had reason to smash everything

His bracket was remarkably accurate, and probably would've won him $100k in Yahoo's Bracket Challenge, had he, well...remembered to actually PICK an overall winner. Reddit is so going to crowd-fund a consolation prize for this guy, aren't they?