Get that Chip Off Your Shoulder Hoops Fans... Mountain West Basketball has Arrived

It's time to accept the Mountain West for what it really is: Big Time Basketball

Share All sharing options for: Get that Chip Off Your Shoulder Hoops Fans... Mountain West Basketball has Arrived

Despite the low blows thrown by this year's NCAA and NIT tourney selection committees, the Mountain West is - just as it has been for the past decade - a Top-Tier basketball conference. Some points to consider...

Once again, the Mountain West has teams ranked in the Top 25 at season's end. And it hasn't been just San Diego State and New Mexico hogging the spotlight in the past decade. Nevada, Utah State, and Air Force have all cracked the Top 25 in that same time period. 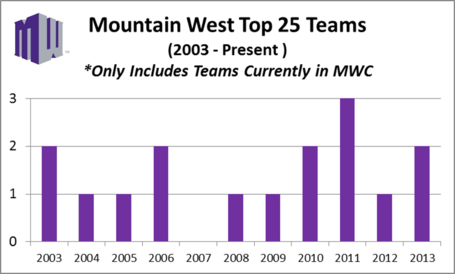 Amazingly, this graph does not include UNLV, which won the National Title in 1990 and barely missed out on a repeat in 1991. 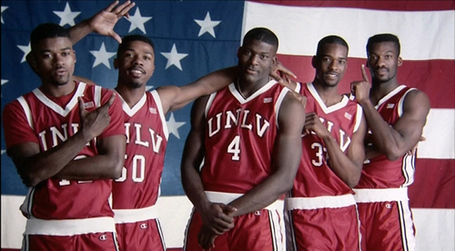 Despite UNLV's dominance in the 90's, they have yet to end the year ranked in the Top 25 during the previous 10 years. Expect that to change - FAST. They've been contenders in the Mountain West in recent years. And with three Top 50 recruits arriving on campus in 2014, the Rebels will most certainly be a force to be reckoned with again.

One may think the loss of Utah or BYU has watered down the conference's talent, but when examining only those teams currently in the Mountain West, one still sees a consistency of NBA draft picks during the past 11 years. In fact, with the recent addition of Fresno State and Nevada, one can reasonably argue the Mountain West is better off now than it was when both Utah and BYU were present. Here's the breakdown of NBA draft picks by year.

By the way, the NBA's number one draft pick last year? Anthony Bennett of UNLV. Yep, he played at The Bell. And oh yeah, we beat him. 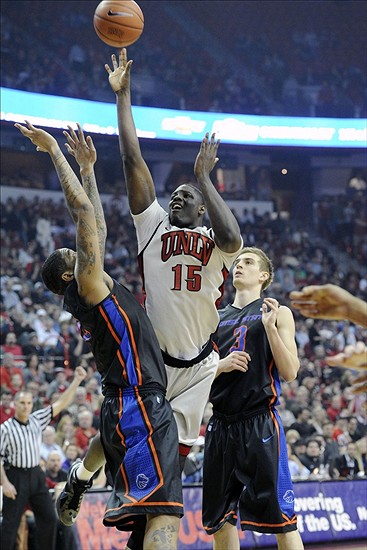 This year (2014), four players from the Mountain West will be considered by NBA teams. 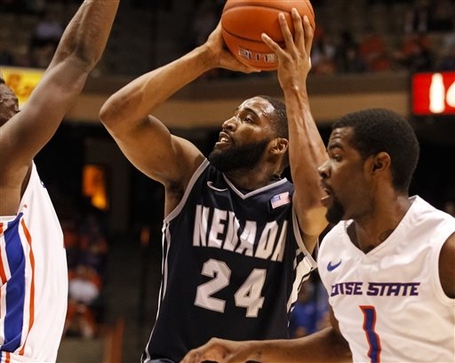 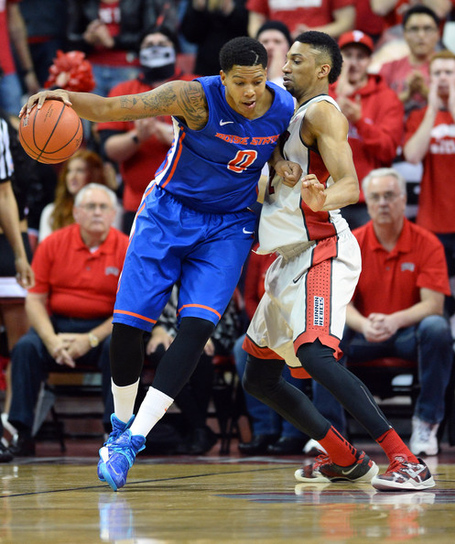 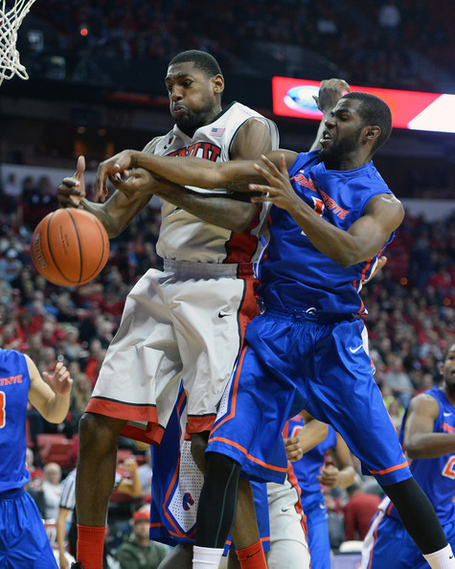 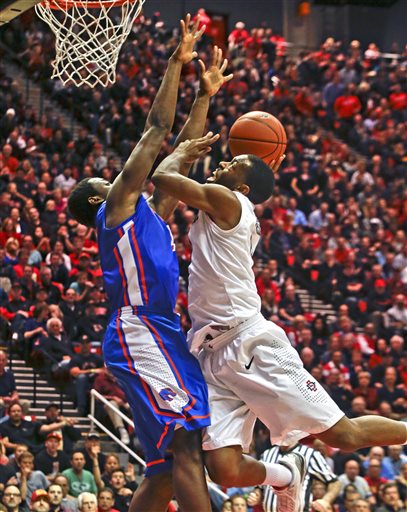 While predicting next year's NBA draft is anything but an exact science, expect the Mountain West (as usual) to be at the top of scouts' minds when evaluating picks.

So next time you consider whether or not to attend a Bronco Hoops game, ask yourself why in the world you are even considering it! Just do it!!! As the PGA says, "These guys are good!"