Share All sharing options for: How to use Twitter to fill that football-shaped hole in your offseason

The good ship OBNUG is celebrating social media with a week of Twitter-themed posts. #thefuture #bunchofoldguys

There are many ways to spend your football offseason. For instance, living and dying with a Boise State basketball team that is doing its best not to kill you, or huzzahing and harumphing as the 2015 football recruiting class begins to take shape. You can find ways to occupy your time such that August will be here before you know it.

Twitter is one of those things. If anyone bemoans a quiet offseason, don't believe a word of it. They are obviously not on Twitter because Twitter is constantly buzzing with Boise State news and information. Just yesterday, Jay Ajayi ranked juice.

(My juice rankings: Snapple raspberry peach, then orange, then apple, then waaaay down the list, tomato.)

So if you want to tap into this constant stream of consciousness, you should get yourself a Twitter. Here's how.

Go to twitter.com and ask for the free account. Tell them kev-man1998 sent you. 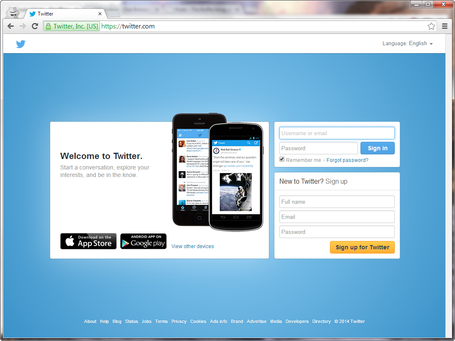 Twitter works really well if you own a smartphone because then you can use it and browse it while you're at the doctor's office or at the supermarket or in the bathroom at work. Don't pretend like you don't print out OBNUG articles and read them in the bathroom.

Lots of people use Twitter to a varying degree of interestingness. Follow the interesting ones. When you first sign up, Twitter is likely to bombard you with suggestions about following Justin Beiber and Shaq and a Kardashian when all you really want to follow is Bryan Harsin and gang. Keep in mind that you can always remove people that you follow. I am speaking specifically of Kardashians.

The Bryan Harsins of the world are best found via search. Like this: 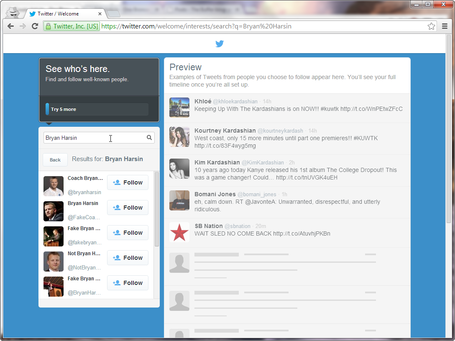 Lastly, there comes a step where you can search for which of your friends are on Twitter. You do this by giving Twitter access to your address book, which I imagine you might not want to do because NSA. You can skip this step. (Follow the tiny hand in the picture below.) 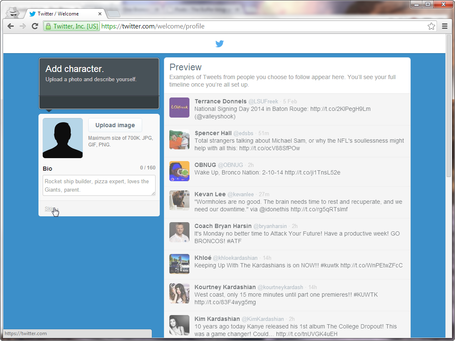 You can skip the profile information step as well.

Congratulations, you now have a Twitter. It's kinda ugly and strange-looking, but boy does it have a great personality. 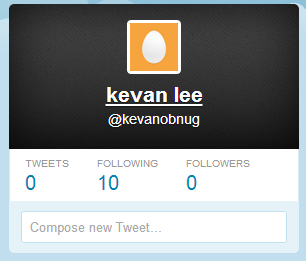 So where's the good stuff?

Based on who you follow, the good stuff could be right there in your main Twitter stream. This flow includes all the latest updates from the people and websites that you follow. I immediately regret following Bomani Jones.

(To unfollow Bomani Jones, click on Bomani Jones' name, and a dialog box will pop up. Then click that blue "Following" button, and it will change to "Unfollow.") 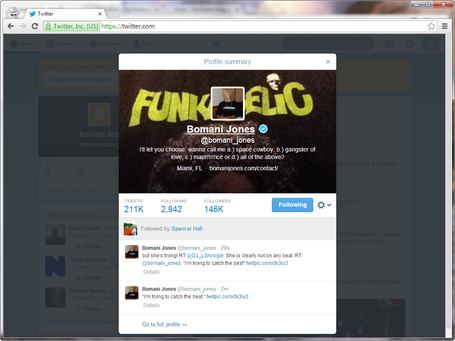 There is also a lot of good stuff buried in other people's lists. Lists are simply a collection of Twitter accounts, conveniently grouped together on one page and minus all those strange retweets and @-replies that don't make sense. Lists contain the good stuff and only the good stuff.

I made a list of Boise State reporters Chadd Cripe, Brian Murphy, and Dave Southorn plus the sentient Tom Scott Slant. You can follow it if you want. I find it wonderful. 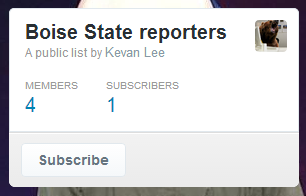 OBNUG has a slew of other lists you can choose from - some that we haven't updated in years but most that we have. 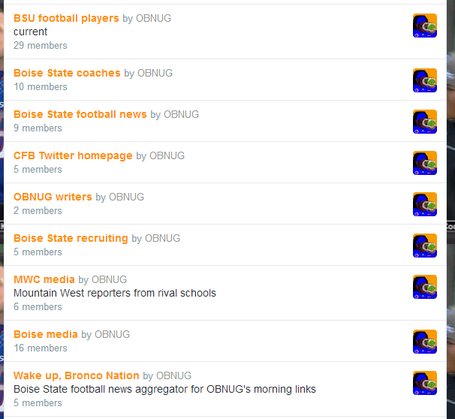 What is a hashtag?

A hashtag is like a means of classifying similar posts. For instance, when Idaho plays a football game, everyone who writes about it can hashtag #losing, and all those posts can be easily searched and tracked together.

What is a retweet?

What must I do so that I don't accidentally tweet about my lunch?

You can use Twitter without actually using Twitter, meaning that the Twitter machine won't force you to Tweet at any point in time. You would have to be very purposeful in clicking on random buttons to even potentially send a message about your lunch. You'll likely only be typing in a search box; if you find yourself typing somewhere else, stop and go find a young person to help you.

It will be over on Friday. Until then, look forward to posts like these:

OK, cool. Be back on Friday.