All of yesterday's news, today

ICYMIWWN (in case you missed it and were watching Nova), last night was another notch on the victory belt for the Boise State basketball team and oh yeah Boise State got its quarterback. Hugs and high fives to Florida's Alex Ogle, unless hugs are too much too soon in which case just high fives.

Make room on the quarterbacking wall 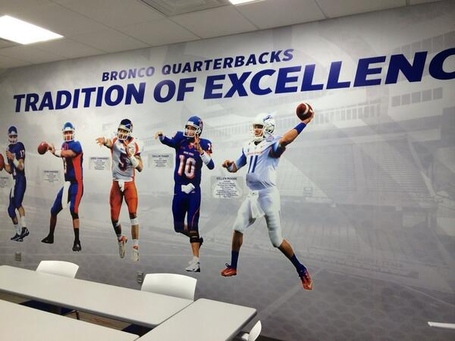 For Joe Southwick, I mean. Just kidding. But not really? I'm not sure of the wall qualifications.

Jeff Caves interviews the one man brave enough to spurn Chris Petersen for Boise State instead of the other way around.

Mark your calendars: Boise State vs. Toldeo in the Potato Bowl

Our supers at SB Nation have given Boise State all the bulletin board material it needs this season, predicting a Potato Bowl appearance versus Toledo. It's never too early to project college bowl games, unless it's still January.

ETC: Might have found my calling, you guys ... How to spend game night ... This dog.