So, you're telling me there's a chance

B.J. Rains, of Press-Tribune fame, got the scoop from 4-star QB K.J. Carta-Samuels on the heels of his visit to Boise State and it sounds like we get to battle it out with Poach Coach Pete for the talented signal-caller's services. KJCS said he had an "eye-opening" experience at Boise State and has a few things to think about. If quicker playing time is a factor, could Boise State hold the edge? We'll see in the "next couple of days".

Yeah, about that #KaayaToBoise thing...

The encouraging Carta-Samuels news comes at a good time for recruiting geeks as last night's article on Brad Kaaya paints a much gloomier picture. Kaaya, a Miami commit who is/was scheduled to visit this weekend spoke glowingly about his weekend trip to "the U" but this part of the article stuck in many a Bronco craw

I’m still visiting Boise State just because I feel like I’ve earned the right to do that and take these free trips that they give you, but I’m set with Miami.

Psst. That was the part you weren't supposed to say out loud.

According to Shane Williams-Rhodes. Use it wisely, young men...and DON'T EVER TALK ABOUT RICHARD SHERMAN!

Bronco hoops team looks to get Lobo monkey off their backs 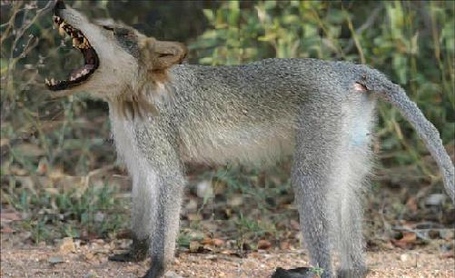 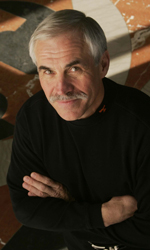