The college football playoffs that could have been but never were

Share All sharing options for: The college football playoffs that could have been but never were

Florida State is our national champion in the present reality of Meatspace 1.0: Earth: Do You Want Fries With That. However, who's to say that other alternate realities don't exist and that Jim Delany is a dentist not an overlord in those realities?

I have taken the privilege of imagining five other realities that are more sensible and inclusive than the one we're lounging in today. Oh, if only the Quantum Leap machine were real.

(To enlarge any of the playoff pictures, click them, or you can view the entirety in this Google Doc.)

The greatest minds in America (bloggers) agree that the gold standard for college football playoffs is a 16-team tournament that involves all conference champions and as many SEC teams as Mike Slive can cram in there. In a distant reality, this tournament exists, and it is a cash cow. Here is how it would have shook out this year. 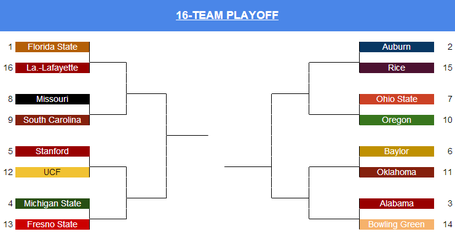 This time next year we will be wringing our hands at the grievous errors of a four-team playoff and the do-no-right committee that chose them. Had the committee been able to decide on four teams this year, the field might have looked like this, and Baylor fans would have burned Tyrone Willingham's house to the ground. 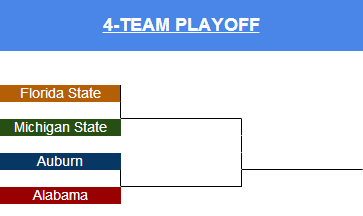 You don't have to go very far to find a college football playoff that works, although you may end up traveling through North Dakota on your way. The FCS playoffs invites 24 teams, which is not a convenient number but at least it's not prime. Twenty-four teams means that eight schools get a first-round bye and can, you know, study academics or whatever. 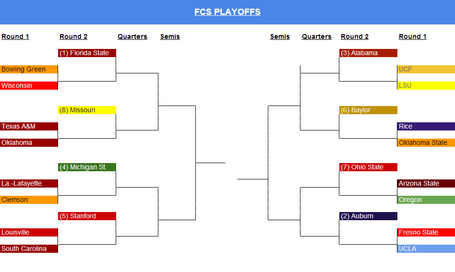 No one thinks this is a good idea, nor has anyone brought it up. But shouldn't we at least entertain the notion that the world's most popular sport might know what it's doing when it comes to scheduling a postseason? (No, not really.)

The World Cup seeds the 32 qualifying teams, divides those teams into pots of eight (one pot for the top eight teams, the other three pots chosen based on region), draws a team from each to make eight groups, lets those eight groups play round-robin games against one another, then takes the top two teams from each group and lets them play in a 16-game tournament.

At minimum, this would add three games to each team's schedule. At maximum, a team could play seven extra games and still be on the field in early March.

Also, this happens every four years, so I guess you could just do the old BCS the other three. 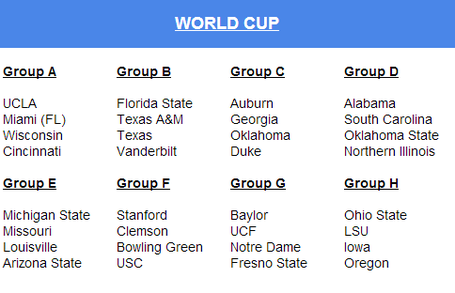 College football seems dead seat on its arbitrary listing of 25 teams, so why not just make it official and turn the Top 25 into your postseason playoff field? 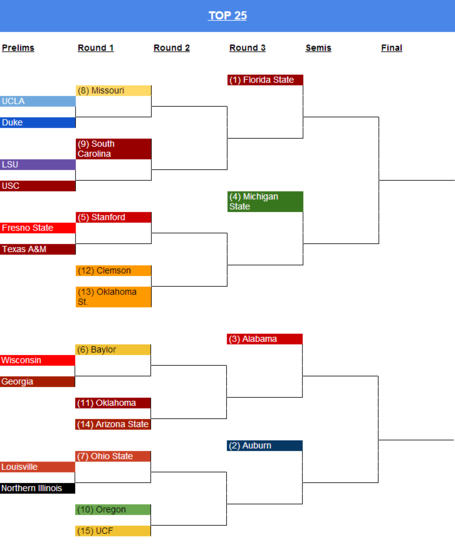 Someone went ahead and created a 64-team college football tournament field, so I won't duplicate the effort. This does make for the only scenario in which the 2013 Boise State Broncos are in the postseason. It's so much football, but if we're being honest with ourselves, we'd totally watch.