The Broncos were already thin at the QB position, but Patti's departure puts a premium on a good 2014 QB haul.

Right before tip-off Tuesday night and on the heels of some good Bronco news (the commitment of Florida DT Dereck Boles), we were treated to this gem:

Juuuust as the Bronco rollercoaster was pulling in safely after a month of loopety-loops, it's taking off again AND BACKWARDS! Patti's unfortunate departure leaves just TWO scholarship QBs on the Bronco roster—one of which has a bum shoulder (Ryan Finley)...oh, and the other one is a senior (albeit a good one). Behind those two, the Broncos look like they'll enter Spring camp with just Richard Hoppe, a kid that came to Boise State eager to play club baseball but was asked to walk on due to Finley's aforementioned bum shoulder. So what do we do now? What if Hedrick gets injured? Well, the 2014 recruiting cycle just became VITALLY important for the future of the program and I don't see any way around the Broncos nabbing two signal-callers in this class. So, who are we looking at? And who should we be?

The Broncos almost assuredly are looking in the JC ranks for another quarterback, as one would have more game experience than your average high school senior. Ideally, they'd land a QB that is a mid-year transfer—allowing him to compete this Spring and acclimate to the Bronco system. Only one JC guy appears to be on the Bronco radar: Thomas Stuart 6'0" 195 lbs) out of Butte College. A few years back, Cal snagged a JC QB out of Butte College named Aaron Rodgers—so remember that before you balk at the suggestion of landing a JuCo guy. No clue yet if Stuart is sitting on a Boise State offer, but according to his Twitter, the Broncos have contacted him. Stuart threw 29 TDs last year at Butte with just 3 INTs and posted a completion percentage right around 65%. Video on him is scarce, but his stats look solid and he was the Norcal Conference Player of the Year.

The Broncos have always counted on developing young talent straight out of high school and this year should be no different, but the Broncos generally find themselves less behind-the-eightball as it were. Jalen Greene had LONG been a Bronco commit before Pete's departure had him second-guessing (Greene is now enrolled at USC, go figure), and now many of the Plan Bs and Cs are off the board. However, some intriguing contingency plans have arisen of late that could spell big things for the future of Boise State football. Cross those fingers, everyone. 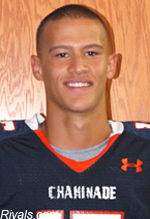 The Chaminade signal-caller is big (6'4" 215 lbs), smart (Elite 11 finalist) and...taken (a Miami commit). However, a small bit of daylight has crept in with the 4-star talent and he will take a Boise State visit. Dylan Sumner-Gardner is recruiting Kaaya particularly hard (as is UCLA) so we'll see how things shake out. Getting kids to visit is more than half the battle, so consider his looming visit a positive development. Trent Dilfer had this to say about Kaaya at the Elite 11:

"He makes everything look incredibly easy." 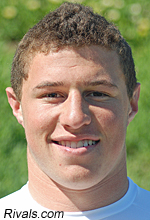 If the name sounds familiar, it's because K.J.'s big brother was once a promising QB at Wyoming who later transferred to Vanderbilt. K.J. followed in his big brother's (and grandpa's) footsteps and also pledged to Vanderbilt, but the recent departure of James Franklin to Penn State has led Carta-Samuels to do a little soul-searching and he's "re-opened" his commitment for the time being. According to KJCS (that's just easier to type), Boise State was the first school to contact him after he opened things up...but apparently were quickly joined by...you guessed it...Washington—where he will likely trip this weekend. KJCS will likely take a trip to The Blue shortly thereafter and hopefully the Broncos can make an impression. He's 6'3" 220 lbs., another Elite 11 competitor and a 4-star. Trent Dilfer said of Carta-Samuels that he was: 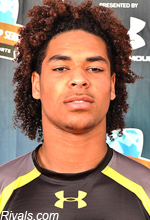 Our pal Justin Hopkins over at 247Sports confirmed the other day that the Broncos had indeed reached out to Spencer—a 6'1" 190 lb. dual-threat QB who's currently committed to UC Davis. Spencer's passing stats (1,724 yards) aren't as flashy as Kaaya's or Carta-Samuels' but his TD-INT ratio is good (23-5) and he's a winner. Frankly, I really like his highlight tape. He might have the size or raw athleticism as "the Ks", but he's a big time talent, and one that probably would've had more than FCS offers (plus Army and UNLV) if he was a bit bigger. Hell, that sounds like a prototypical Boise State QB to me. 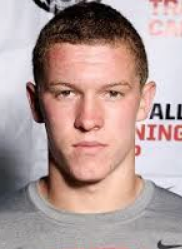 Surprised more people aren't talking about the 6'2" 192 lb. local product (who just happens to be Bryan Harsin's latest Twitter follow, mind you). Bradshaw passed for over 2,600 yards and 28 TDs this year and rushed for another 765. He doesn't have a single offer that I know of...but could be a hidden gem just up the road. Remember, we've let local studs Tanner Mangum, Taylor Kelly...even Chad Chalich slip away. Bradshaw looks at least that good...to me, anyway.

More names have been floating around, so feel free to add yours. The presumed "top" of the Bronco wish list are as good as they come...but Boise State has a lot of options out there right now and the QB (or QBs) just needs to fit our system, play within it and win.