Share All sharing options for: The Mountain West of primetime: Week 4 preview

Good news if you like watching Mountain West football, which is about a hundred of us or so. Five of the conference's eight games this weekend will be on the ESPN family of networks, including one game on ABC. A sixth game will air on CBS Sports Network. A seventh game will air on Oceanic Pay-Per-View. An eighth game is UNLV versus Western Illinois.

That's a lot of primetime coverage for a conference with fewer wins over BCS schools than the FCS has. Craig Thompson is a wizard. 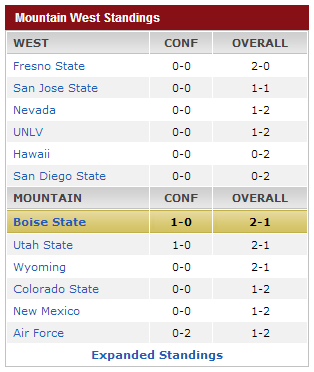 Recap: Tough nuts for Air Force being three games into the season and already on the outs of the conference race. Don't worry, they'll have Colorado State for company soon enough.

Recap: The week's most interesting game was postponed due to water-water-everywhere, leaving us with a bunch of blowouts and a UNLV win. Hey, a UNLV win! (See below.) 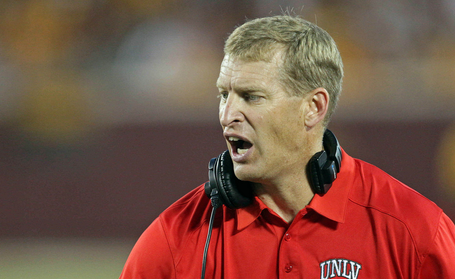 Wins don't come easily for the UNLV Runnin' Rebs. Case in point, UNLV won last weekend only after the biggest comeback in school history, down 21-0 to Central Michigan and scoring 31 unanswered to win 31-21. Beating a directional school might not be big news in many places, but note that a) Central Michigan was a bowl team last year (aren't we all?) and b) UNLV will absolutely take what it can get. Bobby Hauck's seat is enjoying a cool breeze for once.

Colorado State linebacker Shaq Barrett blocked two field goals in the Rams' win over Cal Poly, and yes, it was that kind of weekend for the Mountain West when the most exciting stats were field goal blocks. Still, some people really get geeked up about field goal blocks, and those people write for The Examiner. The lead from The Examiner's story:

Shaq Barrett was ballin' out Saturday.

The world had a good chortle at Lane Kiffin when his USC sad balloon lost 10-7 to Washington State. What is the world going to do when the Trojans get pantsed by the Chuckie Keeton All-Stars?

This one has "upset" written all over it, in permanent Sharpie. Vegas agrees and is only giving the Trojans a touchdown advantage - bettingspeak for Invest All Money Here. ABC will be carrying the game in the Western United States (ESPN elsewhere), so anyone this side of the Rockies with a TV set will be able to chortle along as Kiffin and Co. try to avoid the upset of the year.

Craig Thompson "guess I'll watch this if nothing else is on": Hawaii @ Nevada

This BYU team is pretty good! Harvey Unga ran roughshod over New Mexico, which was apparently a lot harder to do back in the 2000s. Game Genie update: Broken while trying to set a new high score on Crazy Taxi. 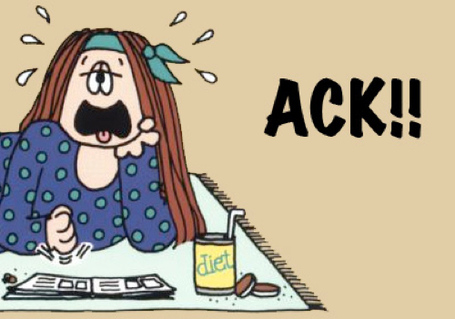