Big linebackers slowly going the way of the buffalo

Boise State's defensive emphasis is on speed, not size...that's why you're unlikely to see any monster LBs any time soon. Shame, I was so looking forward to the Armand Nance at middle linebacker experiment.

The Broncos will be wearing their home blues for the first time against a conference foe since joining the Mountain West. Is it too late for an AC/DC parody song? 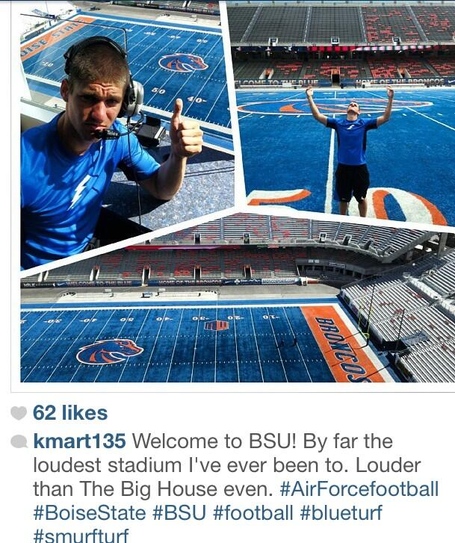 Well, when it's full anyway.

Personally, I do think it has been a factor, albeit a small one. The biggest factor is probably 7 new defensive starters. Things will tighten up in time, but it's painful to see the picture of Jeremy Ioane at the top of the page "out of the way, ball carrier, I've got someplace to be"

Wrestling sportscast guy is back, and he brought Seinfeld