We have just 3 weeks until kickoff (that's 21 days if you're on the Gregorian Calendar like me), so today join me as we take a look at #21 on the Boise State roster—Jack Fields

Sting isn't litigious, is he? 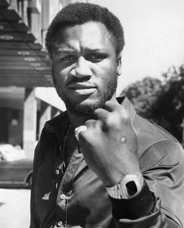 Appeared in 9 games as true frosh in 2012. Rushed for 5,136 total yards as a 3-year starter at Americas with an average YPC gain of 7.5 yards. Made second team all-state as a senior and was named MVP and co-MVP by local paper and conference, respectively. 2-year letterman in track and field.

Just how valuable is experience? That's a toughie. Not many can look back at Fields' burnt redshirt a year ago and state unequivocally that it was necessary—given the health of the primary backs DJ Harper and Jay Ajayi, but was it valuable—both to the team and to Fields? You can certainly make a case for that, given that Ajayi—our most experienced back and presumptive starter—is but a redshirt sophomore...and one with a delicate knee on top of everything. Now—in 2013—we can re-examine Fields' sparing 2012 playing time and look at it through the lens of this year's suddenly deep running back stable. It was a good idea, in retrospect, and I think Fields would be the first to echo those sentiments. Despite Fields' considerable talent, you get the impression that he's a team-first individual...one who'll do whatever is asked of him to help the squad. Therefore, I don't think last season's garbage-tiem laden introduction to the Broncos was time wasted for the team or for Fields, who is looking like a serious threat to be Jay Ajayi's primary backup. Fields didn't set the world ablaze last season with his 3.1 YPC average, but you'd be hard-pressed to isolate a play where Fields didn't give 100%. He hits the hole hard every time...keeps his legs churning every time...and will start busting long runs sooner than later. I think Ajayi—if he holds up—should get about 65–70% of the carries this season, but Fields should be a viable option in the two spot. He's an every-down back who runs with the same kind of fury we used to see from Doug Martin. Everyone is hyped about Ajayi, but I'm excited to see what Fields can do this year with the benefit of experience and familiarity with the offense. I'll go ahead and predict a 300+ yard burst from Fields if the coaches can find enough touches to spread throughout the stable.

So he doesn't get homesick, Jack downs a cup of Old El Paso every morning. 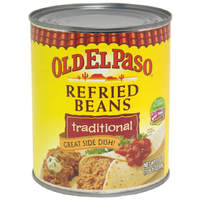