Fall camp started yesterday, which means we're mere weeks away from real football, and that makes me super-duper excited. The Herculean task of a numerical roster countdown draws to a close as fast as the season creeps to an open. Let us celebrate today, #25 on the roster, Christopher Santini.

Santini was, as are many high school players, a standout on both sides of the ball. Playing running back, safety, and linebacker for the Leland Chargers. Santini's impressive play earned him offers from lots of other schools in the area as well. Army, Cal-Poly, New Mexico, New Mexico State, Oregon State, San Diego State, San Jose State, UNLV, Utah, and Utah State. So basically everyone west of New Mexico. Santini had a wonderful senior season for the Chargers, even though he missed several games due to an unfortunate accident. Santini was hit by a truck, and not the Doug Martin kind. Santini was a 3 Star recruit, and rated a 76 by ESPN's standards. 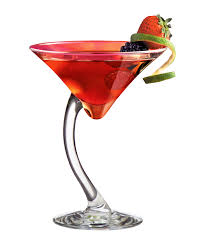 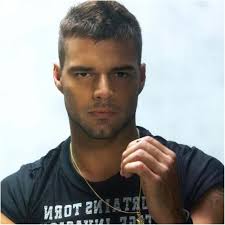 Santini red-shirted the 2012 season. I know that's not really a highlight, but hey, it's worth noting, plus my current word count is low. In high school, Santini recorded 299 tackles, 4 interceptions, and 9 blocked field-goals from his sophomore to senior seasons. First team all-state and all-county as junior and senior (as a safety AND linebacker).

Santini didn't exactly grace the initial depth-chart that the Broncos released for Mountain West Media Days. However, we all know that lots can change between then and now/August 31st. With Santini's size, speed, and knack for the ball, it wouldn't surprise me to see him splitting some playing time with Corey Bell.

Jonathan Brown is the obvious starter at the nickel position, but depending on who shows up for game day, and proves themselves in practice, Bell and Santini may be going at it all year long. In fact, it's good to have a bit of depth at a position that will require lots of running around and smashing into people.

Drew said it best in last year's write-up on Santini:

Santini is one of those guys like Doug Martin was - too good to keep off the field, but too versatile to know exactly where to put him.

Couldn't agree more. And with a very young, inexperienced defense, there should be plenty of opportunity for Martini to prove himself and work his way into the rotation more consistently.

Yes, Santini suffered some broken bones and was pretty banged up from his run-in with the motor vehicle. However, this recently released photo shows exactly what Santini did to the truck. 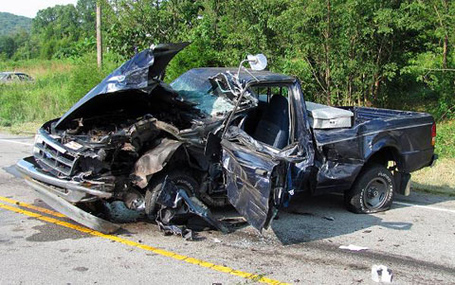