Idaho Statesman - BSU football ready to get to work

Idaho Press-Tribune - Broncos ready to get started without the hype

OBNUG - @OBNUG Still waiting for press passes. What time does mail arrive today? Or, are they e-tickets now?

Bronco Beat by Chadd Cripe of the Idaho Statesman - @IDS_BroncoBeat

Oh boy, Matt Paradis is sporting a mohawk. Actually, I don't know if that's what you call that.

Mr. Paradis also getting some love from MWC Connection

The future Mayor of Council, Idaho comes in at No. 27 on the best players in the MWC countdown... better than Joe Southwick and Jeremy Ioane. MWC Connection must acknowledge that football games are won in the trenches.

Excellence starts at the top for Boise State football

Mark Brohard from the Loveland Reporter-Herald talks about some guy named Chris Petersen.

You probably already saw this, but I guess the Muscle Hamster believes in the phrase "Curls get Girls." 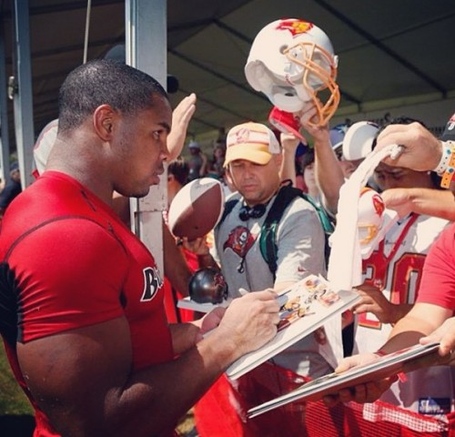