Once again, we've done it! The countdown began allll the way back on May 24th with defensive tackle Justin Taimatuia and it ends today with a Bronco looking for redemption in 2013. All told, close to 60,000 words were devoted to our Bronco roster and I got a heckuva lot of help this year from the OBNUG crew. I tip my hat to them for taking as much pride in the countdown as I do (and making sure I had some hair left at the end of this year's edition). Now that this marathon is over...let's football!

We've got 1 day until kickoff...so today we'll be highlighting #1 on the Bronco roster—Bryan Douglas 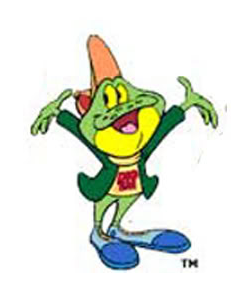 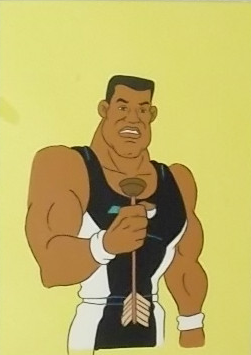 Played in first 8 games of 2012 campaign before going down with a knee injury against Wyoming. Played in 7 games for the Broncos in 2011, including a start against San Diego State. Recorded one pass break-up against Fresno State. All-Area, All-City and All-Marine League performer at Narbonne High School. 92 tackles, 8 INTs, and 25 PBUs in last two years of high school. Helped lead team to city finals in 2009. Received Student-Athlete Award.

A year ago, Douglas was a surprise early performer for the Broncos, splitting time with Jerrell Gavins as Gavins' knee was given a slow introduction back into the lineup. Fast forward to today, and it's Douglas whose knee ligaments have betrayed...but the biggest change from 2012 is now I can't imagine the Bronco secondary without Bryan in it. Considering the CB across the field from him is a 150 lb. true soph and they're both backed up by players mere months into their Bronco tenures (Maston and Page)...Douglas' junior leadership and game experience is like a big blue security blanket (white, come Saturday). Douglas has packed on an extra 10 lbs. of muscle since last season (which is selfish given that Deayon needed at least five of it) and looked ready to go in his appearance at the Fall Scrimmage. If he stays healthy, I predict a big year for him as Jamar Taylor's heir apparent. Douglas will need to be firing at 100 percent tomorrow evening, no doubt, and will be tested right out of the gate, but I predict he'll pass his early tests and gain steam as the season rolls on. I wager Douglas is hungry to prove himself this year and to get the INT that has thus far eluded him. It's a safe bet he'll do both...and build some nice momentum into a Taylor-esque senior year.

At the end of last season, Douglas received the Bronco medal of Valor after stepping in front of an ACL tear that was meant for Jamar Taylor. A second tear was seen fleeing the scene from a grassy knoll in Laramie.