Miller was one of the stars of the 2010 recruiting class and one of the biggest high school stars/persons to come out of the state of Montana maybe ever. Miller earned 12 varsity letters at Capital High from four years of domination in track and field, basketball, and football, but the latter was where he really made his reputation. Miller helped lead Capital to four consecutive state championship appearances, bringing home the hardware in the first three. He finished his career with records for single game receptions (10), receptions in a playoff game (nine), single season receptions (54), career receptions (108), receiving yards (1,751) and career touchdown receptions (23).

He was offered by Arizona State, Arkansas, North Carolina, Oregon State, Stanford, and Washington State. Not even a personal appeal from family friend, then-Arkansas-coach, and motorcycle aficionado Bobby Petrino could wrest Miller from his commitment to Boise State. 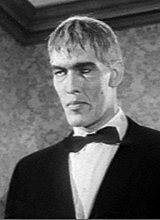 Miller followed up a freshman All-American season with an equally stellar sophomore one, which earned him second-team All-Mountain West honors and a huge head start in the race up the Bronco record books. After two years, Miller has 128 career catches, good for 12th all time with two seasons to go. Strangely enough, Miller had his first 100-yard game of his Boise State life against Nevada last season, 25 games into his Bronco career.

For the second year in a row, he was named to the Biletnikoff Award preseason watch list. What can I say? Fred Biletnikoff loves watching him.

The single-season Boise State record for receptions is 82, set by Jeremy Childs in Taylor Tharp's 2007.

The career record for catches at Boise State is Austin Pettis's 229.

Both could be owned by Miller before his career is said and done.

Career-catch-wise, he is on pace for 256. If you assume another 60-catch season for Miller, he will finish 2013 at No. 3 or No. 4 on the career list, and barring an early exit to the pros, he'll return for his senior season with a very makeable gap between him and No. 1. Regardless, Miller is on pace to go down as one of the greatest receivers in Boise State history, catch-wise. The real intrigue over the next couple seasons is if he can add yards to his grabs.

Will this be the year Miller cracks 1,000 yards? Hard to know. The receiver position is deep and wide with targets. If Joe Southwick throws for 3,000 yards, is it reasonable to think that one-third of them will go to Miller? On paper at least, it would appear that there are simply too many sets of quality hands that one person should bogart so much of the passing yardage. Kirby Moore is a senior and will get what he is owed. Shane Williams-Rhodes could catch 50 passes (25 of them behind the line of scrimmage). Posterboys for potential, Geraldo Boldewijn and Aaron Burks, could have the breakthrough seasons expected of them. Then there are tight ends and running backs whose receiving makes the world go round. Southwick better throw for 4,000 yards just in case.

(The real stunner in this Matt Miller story is how quickly he ascended into a star receiver. He ruptured an Achilles tendon as a true freshman and was freshman All-America the next, seemingly out of nowhere. He is the Adrian Petersen of Achilles injuries.)

Matt Miller was given the key to the city of Helena ... and the keys to Bozeman, Missoula, Square Butte, Bald Butte, Darby, Crackerville, and Blazing Place.