If you like the Space Needle, you should come to the OBNUG Gathering Friday Night

Former Lions receiver Herman Moore interviews Kellen Moore about being the 3rd quarterback, playing in the final preseason game and which Lions' QB would win in a footrace.

The final preseason game for the Lions is tomorrow (Thrusday, August 29) at 5:00pm MST. Expect Kellen to get most, if not all, of the snaps.

WARNING: Don't fall into the "Troll Trap."  It'll get ya. 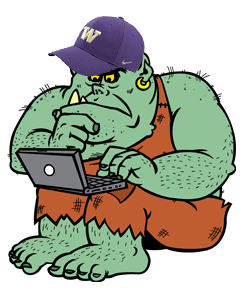 An arrest warrant for former Bronco, Titus Young, was issued yesterday after he failed to make his court appearance. His attorney assured the media that the court knew of Titus' location, so the warrant may just be a formality. Hopefully, Titus is undergoing proper treatment for his condition, which by all accounts is the case.