It's game week. Somebody pinch me.

We've got 6 days until kickoff...so today we'll be highlighting #8 on the Boise State roster who shares a number with Demarcus Lawrence who got the nod on day 8 while the true #6, Chaz Anderson, was profiled on day 12. Clear enough for you? Today is Nick Patti's day.

Patti had an illustrious prep career at Orlando's Dr. Phillips High School where he held a 34-4 record as a starter. In Patti's final season, he was named to the Semper Fidelis All-American team and participated in the Elite 11 camp finals (where he was tutored by none other than Kellen Moore). As a senior, Patti was a finalist for Gatorade National Player of the Year honors and for Florida's "Mr. Football" award and was named the 8A Florida Player of the Year. Also following Patti's senior season, he was named offensive player of the year by the Orlando Sentinel, Bright House and the Orlando Touchdown Club. Patti left high school early to enroll at Boise State, but not before he'd set school records for completions (374), yards (5,701) and TDs (66) and completion percentage (67%). Scout.com rated Patti a 3-star prospect and the 39th best QB in the country (despite making the final round of 24 for the Elite 11 camp)—he had offers from UCF, Indiana, Louisiana Tech and South Florida. 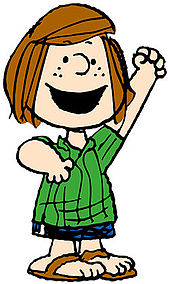 Hey, she was a lot better at football than Charlie Brown.

Yours. Truly. This has been independently verified by my wife.

What a long strange trip it's been for occupants of the Patti Wagon. A year ago, he was savior of the QB position to some and calls for his ceremonial redshirt burning lasted well into the 2012 season when Joe Southwick failed to get off to the hottest of starts. Then, in early November, something started to click for Mr. Southwick and the QB position became less of a pain point for the Broncos. His 2012 finished in a strong enough manner that he won back the support of many of the Patti cheering section. Now, as the incumbent starter, Southwick has erased all doubts that he should be the main man—Patti and Hedrick just aren't on his level right now. But which of the two is good enough right now to give you a modicum of comfort if Southwick were to go down with an injury? I submit that it's Patti. Patti and Hedrick have very similar skill sets and both put up gaudy stats in high school. Patti did it in the 8A division in Florida while Hedrick did it against a bit softer competition in Oregon. Still the lessons of Prosser, Washington and Kellen Moore apply—Patti's competition level might have given him a bit of a leg up at the onset, but now their footing should be fairly equal. Patti has better ball security than Hedrick and just seems a bit better at improvisation. I think if we want to run certain speed option QB packages, either Patti or Hedrick could suffice—both great runners and capable of moving the ball. If it comes to late-game traditional QB play, I'd give the ball to Patti. He seems like he'd be better at extending those drives and I trust him more to secure the ball. Next year will be a battle royale for Joe's spot, but for the time being, I'd be happy with a backup that can hold on to the ball and lead the team in a pinch. Patti fulfills both of those requirements in my opinion and I'd like to see him in the 2nd spot. Of course, we may be faced with a classic "OR" scenario when the depth chart is released, in which case next year's race only gets more intriguing. 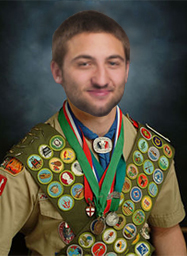