We have 7 (SEVEN!) days until the Battle in Seattle, so today I'll highlight #7 on the Boise State roster—Joe Martarano

Martarano was (and is) the earliest ever verbal commit for the Broncos after pledging his intent in June of 2011. At the time, Martarano had just finished his sophomore year of high school—a year where he was named 1st team all-state and All-Snake River Valley after recording 158 tackles, 7 sacks, and 3 INTs from his linebacker position. Also pressed into duty as the Fruitland QB that year and generated 1,100 yards of offense and 20 TDs. As an already-committed junior, it was more of the same for Martarano, as he was named the Snake River Valley Offensive Player of the Year after generating over 1,800 yards of offense and 30 TDs. He also earned first team all-conference and all-state honors at the linebacker position after posting 159 tackles, 3 sacks and 2 INTs. As a senior, Joe was named Idaho's Gatorade Player of the Year, the 3A State Player of the Year, and a PARADE honorable mention All-American after leading the Grizzlies to their 4th consecutive state championship appearance. Martarano had 147 tackles, 2 sacks and 4 INTs his last season at Fruitland and generated 1,900 yards of offense as QB and 24 TDs. Martarano, as you well know, was also a standout baseball player at Fruitland, where he lettered 4 times and was named Idaho's best player by MaxPreps. Due in large part to Martarano's early verbal, we didn't have to fight off many schools for his services, but he was offered by Nevada and WSU before signing his LOI in February. 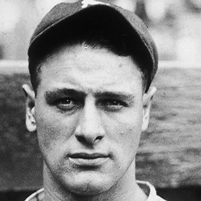 It's been a long and stressful journey for Martarano and Bronco fans alike as he weighed his options in baseball's major leagues against his love of Boise State football. Ultimately, it looks like BSU has won out, but the fact that Coach Petersen has even flirted with the possibility of allowing Joe to play both shows how high the coaching staff is on him. Martarano is a certainly a rare Idaho talent...one who played at a small(ish) program in Fruitland, but so dominated the gridiron, diamond and hardwood, that nearly everyone stood up and took notice. A player that is considered a top MLB prospect is an elite athlete no matter how you slice it and Martarano might have drawn even more scouting interest on the field as he did at the ballpark had he not committed to the Broncos so early. I think he has the size and tools to be an immediate impact player for the Broncos, but still think a redshirt season is feasible. Personally, I'd love to see Martarano play as a true frosh this season, but that may be because we've waited SO long to get him on campus. He definitely has the prototypical MLB size we've been missing for a few years. Blake Renaud has it, and we could have a backup in Joe Mart with similar size and football acumen. It's a tantalizing option to be sure...but I still think the Broncos can afford to bring him along slowly and if he does indeed play this season, I think it's due to injury forcing him up the depth chart or a combination of special teams and garbage time to allow him to adapt to the rigors of D1 ball. Don't get me wrong—he's good enough to play this year, but I consider the ability to redshirt players a luxury, and I'd love for Martarano to be a starter from day one.

Anyone who attended the Boise State charity softball game saw Martarano crank a few homers out of the park. What's more impressive, however, is that he switch hit those home runs with a whiffle ball bat.