Shea McClellin did well in last night's scrimmage preseason game against the Chargers and is clearly headed for Canton, Ohio's hallowed halls. Shea was credited with four tackles in the game, as well as a sack and forced fumble. 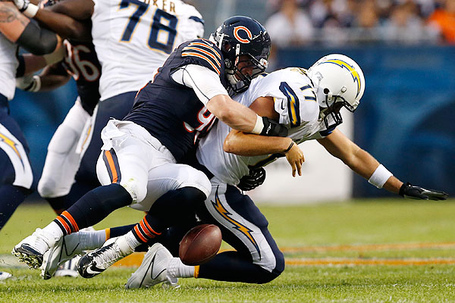 Kellen does light work in Lions' second preseason exhibition, going 3 of 5 for a whopping 13 yards against the Browns when the game was already well out of reach. He was given a bit more opportunities in the last contest, so maybe they're saving him up for the next game? Come on...he has noticeably more zip, you guys! GIVE HIM A CHANCE!!!

Twitter tweeter Blukaboy leaked a photo from the new football facility that appears to show "the Hammer" getting the star treatment. Time to hammer out JUSTICE. 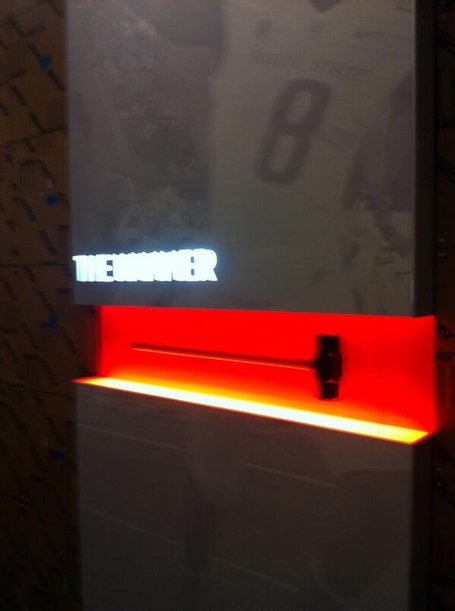 I mean, it has to be right? Grant Hedrick seems to fumble every time he touches the ball according to sources.

Bonus: Nick Patti interview in which he looks eerily similar to me as a 20 year-old. Spooky.