We have 16 days - a baker's dozen plus a field goal, or eight safeties - until Boise State kicks off its season against Washington. Deon'tae Florence already got the profile treatment, but I'm feeling extra profile-y. Let's also highlight actual No. 16 on the Bronco roster: Joe Southwick.

Southwick was named first-team all-state and first-team all-conference as a senior at SRVHS after he passed for 3,781 yards and 36 TDs. As a junior, he was a second-team all-conference pick after throwing 35 TDs and passing for 3,185 yards. Southwick was rated a 3-star recruit by Scout.com and the No. 32 overall quarterback prospect that year, ahead of such notables as Andrew Maxwell (his opposite number vs. Michigan State last season), Austyn Carta-Samuels, and Casey Pachall, and behind such luminaries as Derek Carr (No. 16), Geno Smith (No. 12), and Matt Barkely (No. 1).

Many teams showed interest, but only Nevada, San Jose State, and Boise State offered. He might have received more offers if he had ditched the earring? 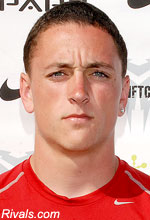 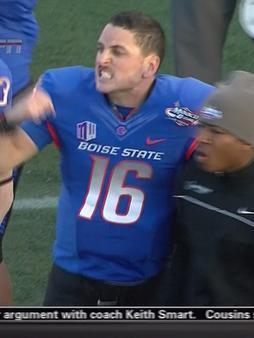 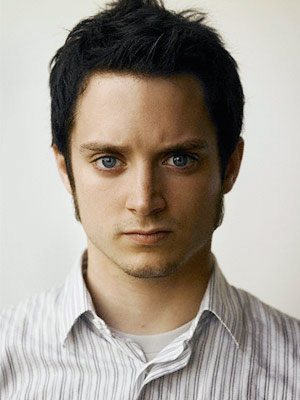 By many measures, the Boise State football team will live and die by the passing (and third-down sliding) of Joe Southwick. This isn't a bad thing at all, as word out of Bronco camp is that Southwick has shown a command of the offense and has taken strides - big, huge Gheorghe Muresan ones - toward becoming The Man, capital letters. If I were writing a normal prospectus for any of the other 98 countdowns, Southwick's prospectus would be easy: sunny with a chance of all-conference team.

But we all know that Southwick does not get an ordinary prospectus. He gets a complicated one based on his relationship with Bronco Nation, his failure to remind us enough of Kellen Moore, and his stubborn refusal to not hand the job over to Nick Patti already. None of this is Joe Southwick's fault, by the way. He is not responsible for crazy adults criticizing the way he plays a game. He cannot mimic the precise goofiness of Golden Moore, because no one can. He cannot give the job to Nick Patti because Nick Patti is not ready to get the job, much less to get Grant Hedrick's job.

Southwick was just in the right place at a tough time.

In an alternate world, he does not replace one of the greatest quarterbacks in college football history and instead is simply a starting quarterback - not The Next What's-His-Face - who happens to be pretty good at quarterbacking. History will be unfair to Southwick because of his proximity to greatness, but hey, someone has to do it. In fact, Southwick's greatest contribution to Boise State football lore might be playing the role of bridge. He will make life easier on the next Bronco quarterback, and the next, and the next, until there is another Kellen Moore that none of us really recognize as a Kellen Moore because it's been so long.

I'm rambling now. Does any of this make sense? What I mean to say is that Joe Southwick is essential to the Boise State football program, whether you like him or not. I haven't liked him, but I see the madness in an adult criticizing a twenty-year-old college kid. Life's worth living in so many other meaningful ways than haranguing the starting quarterback for a college football team. Splash pads, for instance. Sunsets. Farmer's markets. Photosynthesis. (I've been spending too much time with Dustin Lapray.)

Of the many characteristics that Southwick has in common with Moore, the one that fails to get mentioned most is his affinity for Monopoly Deal.