We have 16 days until Boise State kicks off its season against Washington, so today we highlight No. 16 on the Bronco roster: Joe Southwick. Sike! We are saving Joe Southwick until later, kind of like we save our Blizzards until later. In the spirit of confusion, today we are highlighting the other No. 16 on the roster, who recently changed his number to 29, Deon'tae Florence. Celebrate 16 days until the season with roster No. 29. (It made more sense in my head.)

Florence took a Magellan Voyage to arrive at Boise State. He was lightly recruited out of Largo, FL, while playing "out of position" at safety, but he also failed to qualify academically. So off he trekked from Florida to California where he enrolled at Butte College and redshirted. After his redshirt year was up, Florence decided that College of the Desert was a better fit for him, gridiron-wise, so he transferred there and had an impressive freshman campaign, racking up eight INTs. Then, Florence's recruitment picked up as he was offered by Georgia Southern, Troy, and of course, Boise State. He picked the Broncos and arrived for summer workouts with "3 years to play 3". He's now played one of the three.

The Nightingale (old British ladies in the house!)

The Machine (as in, Florence and the Machine, as in the one band that was all over your radio two years ago) 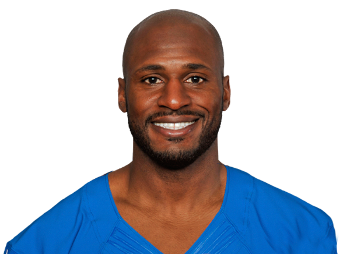 Drayton Florence, cornerback, Carolina Panthers - because they are brothers

While starring at Deserts CC, Florence was named Beach Bowl Defensive Player of the Game (of the Century) for finishing with 3 INTs, 5 pass breakups, and 10 tackles. No one has ever had a better day playing cornerback.

Florence appeared in seven games last season and gained much of his playing time after the Bryan Douglas knee catastrophe. He and Donte Deayon benefited the most from the added playing time, and now Deayon projects to a starting spot and Florence to nickel corner. Of course, projections are dirty P-words in the Boise State football offices (also complacency is a C-word, status quo is an S-word, the F-word is an F-word). Florence will have every opportunity to compete with Douglas and Deayon for a starting spot, and he'll have every chance to be caught from behind by guys like Cleshawn Page and Chaz Anderson. Such is life in Bronco Land.

At the very least, the Broncos know they can count on Florence for quality special teams work and for incredible ball-hawking. He was interceptin' all over the place in spring ball, and his community college career speaks to his fly-paper hands. He will make an impact in multiple games this fall, either by switching field position on special teams or picking off hapless Mountain West quarterbacks who think a guy's open but oh man are they so wrong. I am picturing a New Mexico quarterback when I say this.

Deon'tae and Drayton Florence both wear No. 29. They were huge Joseph Addai fans.