Football teams do double days and so does OBNUG. The second profile of the day highlights #38 on your roster... Aaron Baltazar. 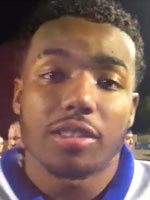 Baltazar is the most heralded running back recruit to ever grace The Blue™, narrowly beating out Malcolm Johnson out of Oregon (Remember that guy? What a shame). Of course, Mr. Canada will have the chance at the title come next year. Baltazar was rated a 4-star recruit by ESPN and .8783 Composite Rating by 247Sports which aggregates all of the major recruiting sites and produces one average. The Composite Rating puts him as the 24th best running back in the class of 2013. During his time at Eastlake, Baltazar was a dominant force on both sides of the ball. As a senior, he rushed for 1,855 yds and 23 tds and recorded 73 tackles, one interception, and 14 pass breakups from his safety position. As a junior, Baltazar was limited by an injury, rushing for only 242 yds and 2 tds. For what I can tell, however, the injury didn't keep him from laying down the smack on D as he picked up 70 tackles, one interception, and two pass breakups on the year. Originally a Washington commit, Baltazar eventually came to his senses and signed with the Broncos, turning down scholarship offers from Cincinnati, San Diego State, and UCLA. 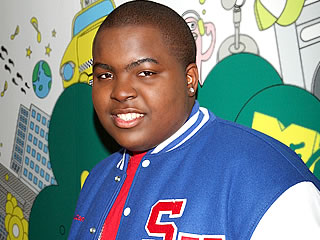 I think Baltazar will redshirt this year, but that's not because he isn't ready. As we have mentioned before, Boise State is stacked at running back. Coach Pete said as much today:

Coach Pete talked about the #BoiseState runningbacks. Says that any one of them is good enough to be "the guy."

I think "any one of them" includes Baltazar, a true freshman, who came into Fall Camp 30 pounds heavier than he was listed on Signing Day. He looks cut; he looks motivated. The mountain he has to climb for playing time, however, might be insurmountable. Not only does he have to compete with Jay Ajayi, Jack Fields, Devan Demas, and Derrick Thomas, walk-ons Jamel Hart and Charles Bertoli have been turning heads during camp as well. Given Baltazar's inexperience and the performance of the other backs, I say it's best put that redshirt year to good use. Once he sees the field, Boise State fans will be in for quite a treat.

As you can see in the picture below, Baltazar has some fresh tats (H/T Rex Mortis). 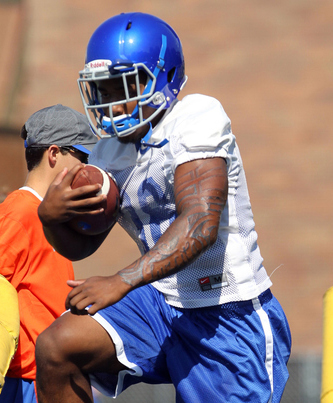 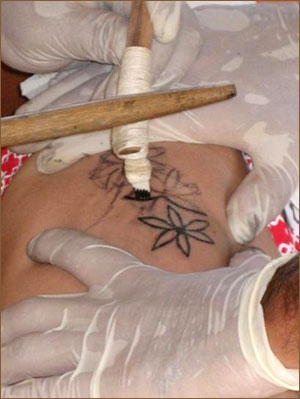