There are 30 days (30!) until Boise State begins the season, so today we highlight No. 30 on the Bronco roster, Donte Deayon.

How'd he get to the Blue?

Deayon (pronounced DAY-own) shone at a Boise State camp following his junior year and picked up his Bronco offer right then and there. Flush with the endorphins of a Chris Petersen handshake, Deayon went gangbusters his senior season at Summit High, leading his team to a state championship as a cornerback, running back, returner, and receiver. Deayon was voted the MVP of the Sunkist League (motto: "Grab some Sunkist and head for the beach end zone!") and the All-CIF MVP after recording 92 tackles, 4 INTs, and 2 blocked punts, rushing for 1,266 yards and 15 TDs, and catching 27 passes for 632 yards and 11 more TDs. He was a busy fellow. Deayon had 19 INTs between his sophomore and junior seasons, meaning that he ended his career with the Inland Empire record for career picks. Deayon had one other offer from San Diego State. The University of Idaho sent him an evite, but I don't count those. 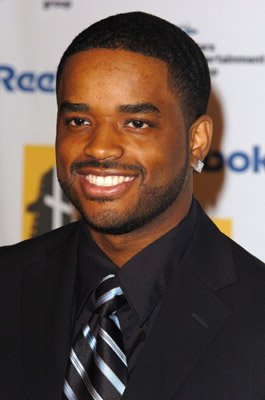 Played for the Broncos as a true freshman. Life don't get much better than that for an 18-year-old.

Deayon has the distinction of being the lightest player on the Boise State roster, lighter than every kicker and a full seven pounds lighter than No. 2 skinny person / human jitterbug Shane Williams-Rhodes. The cliche here is that good things come in small packages, and it's true. Like teacup pigs and Gamecube discs, for instance. Bronco coaches obviously felt the same, and so they burned Deayon's redshirt with five games to go last fall after the injury to Bryan Douglas.

With 38.4 percent of a season under his belt (5/13 games - fractions, amirite), Deayon figures prominently in the Broncos' cornerback plans this season. He was Boise State's No. 3 cornerback when the season ended, and all the Broncos did between now and then was lose the two guys in front of him. Douglas will be back to fill the No. 1 corner role (knee willing), so the opportunity is there for Deayon to be a full-time starter at No. 2.

His ball-hawking skills were apparent in the spring game when he returned an interception 30 yards for a touchdown (he's the player that the guy next to you mistook for Jerrell Gavins / Kyle Wilson). Expect more of the same from Deayon this fall.

This offseason, Deayon performed the sacred ritual of actually burning his redshirt. Johnny Manziel thought it was a rager of a party.