The finest college football poll in America voted on by interns of coaches will hit the Internet this morning between your breakfast Pop-Tart and your pre-lunch Pop-Tart.

Here is what to wear for every Boise State home game

Bronco Stadium fan color schemes-slash-merchandising opportunities have been announced for the 2013 home games. Obsessives will point out there is no black out so go vote for one on Facebook, you guys. Normal people will point out, doesn't the Tennessee-Martin game look like pinwheel barf? 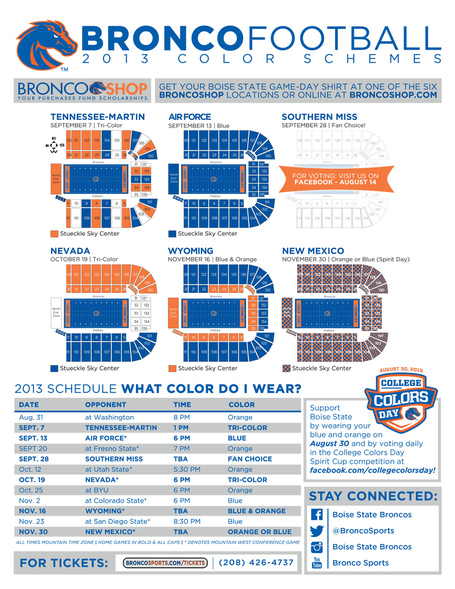 A secret something has forced the move of the Boise State fall scrimmage from Saturday, August 17, to Sunday, August 18. Kickoff (or, rather, kickoff practice) is at 7:00 p.m.