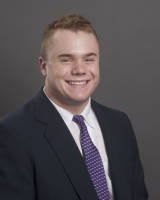 Martin has had a pretty good thing going lately. He was a two-year letter winner at JK Mullen High in Denver, and made those letters count—racking up 180 tackles in his junior and senior seasons as well as 25 sacks. As a senior, Martin was named first team All-Centennial League and honorable mention all-state. As a junior, he reeled in 2nd team all-conference honors. After high school, Martin moved on to CSU-Pueblo, a division II powerhouse, and played as a true freshman, earning Defensive Freshman of the Year honors and 2nd team all-conference honors after piling up 35 tackles (9.5 for loss) and 7.5 sacks. Martin transferred to Boise State in 2011 and redshirted.

Martin was a solid contributor last season and made the most of his 15 tackles with 4.5 being for-loss and 2.5 being sacks. Much more will be asked of him this year with the dismissal of Sam Ukwuachu and the inexperience of our much of our DE depth—I think he'll be up to the task. Honestly, the only DE starter that is really set-in-stone at this point is Demarcus Lawrence, and if my hunch about Tyler Horn moving back outside is correct, he'll likely be the co-starter, but Martin is good enough and active enough to push Horn a bit this Fall. If I had to make a guess right now, I'd say that Lawrence and Horn will indeed be the game one starters at the ends, but with the way the Broncos utilize their DE rotation, Martin and (possibly) Sam McCaskill won't be far behind. Since the Broncos will probably go 3-deep at the position ...I'll add that Darien Barrett and Kharyee Marshall will also factor heavily into the DE depth chart and a 7th will need to be ready to go in a pinch. By process of elimination, that 7th man would be Kamalei Correa. I think Martin sees time in every game this year and should at least double his tackle output if not his sack and TFL numbers. He may have snuck past your notice last season, but I think his presence will be felt early and often in 2013.

Martin will be reunited with his cousin Tennessee Martin when he visits Bronco Stadium on September 7th.