It's Monday, July 8, 2013. 54 Days until kickoff. Apparently, this is SeniorChief's favorite day of the week. I guess I just don't appreciate it... yet. Today, we highlight another freshman, Tanner Vallejo. How many did we sign? Sheesh... 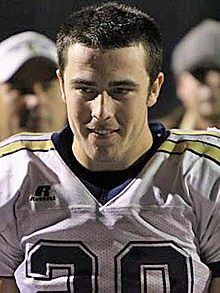 Vallejo was a highly-touted recruit out of Nevada Union High School and considered by many to be one of the true gems of the 2013 recruiting class. Nevada Union finished 2012 with a 5-6 record. Not that impressive until you consider the Sierra Foothill League is stacked and includes Rocklin High (alma mater of TE Holden Huff and former QB Jimmy Laughrea) and Granite Bay High, 2012 CIF Division I State Champion.

The three-star recruit has be filling up the stat sheet since his sophomore year, recording 132 tackles, two sacks, five forced fumbles and one fumble recovery and then following that up with 158 tackles, two sacks, an interception, six forced fumbles and one fumble recovery during his junior campaign. As a senior, he notched 129 tackles (11.7 per game!?!?!), an interception, a sack, and two forced fumbles. A step back in production, wouldn't you say? Hardly, he was just needed on the other side of the ball, accounting for 414 yards rushing and eight touchdowns.

The Broncos definitely got a good one in Vallejo who turned down offers from Arizona, Colorado, Colorado State, Fresno State, Nevada, San Diego State, UNLV, and Washington State. 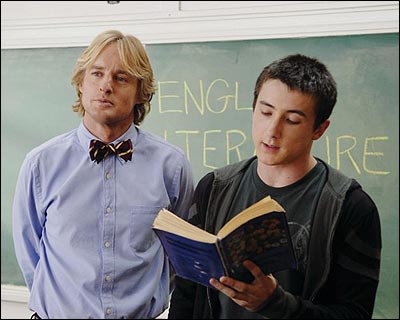 When I think about where Vallejo fits into the depth chart for the upcoming year, I fall into two camps. On one side, I can see him using his redshirt year, learning, getting stronger, and getting ready for a long and fruitful Bronco career. On the other side, I can see him stepping in right away and contributing; maybe not a lot, but a contributor nonetheless, probably on special teams. Kind of like Blake Renaud during his freshman year. In fact, Vallejo reminds me a lot of Renaud, just without the totally insane complete disregard for his body and just a touch smaller.

Vallejo finds gaps in the line extremely well and has great footwork, planting and cutting fluidly to get to the ball carrier. He definitely has the linebacker instincts to compete for a spot and challenge his teammates on both sides of the ball. But, with Renaud and Ben Weaver ahead of him on the two-deep plus the addition of 2010 recruit Darren Lee (who served on a two-year mission and was able to take part in spring ball), I doubt the coaches would burn a redshirt year to get a kid garbage time.

From doing research for this post, I think Vallejo will be a great Bronco. I'm a fan.

Tanner is an actor. Seriously guys, just watch... IT's THE BEST!