Today is the 31st. Our first game is 31 days away. It will be held on the 31st. I think that's an omen for today's profile, Andrew Pint.

By tackling, tackling, tackling. Pint was an all-state first teamer at Valor Christian accounting for 85 tackles, leading his team to a state championship and a 14-0 record as a senior. As a junior, Pint notched 118 tackles following a 95 tackle sophomore year. Those were MUCH better numbers than his freshman year where he only tackled 77 ballcarriers... He must not have been focused. In accepting a scholarship offer to Boise State, he spurned the chance to play for Northern Colorado and UNLV. 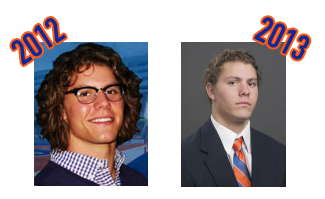 Does he miss the snow? What could make you sad in Boise?

Ron Perlman from Hellboy and Sons of Anarchy fame 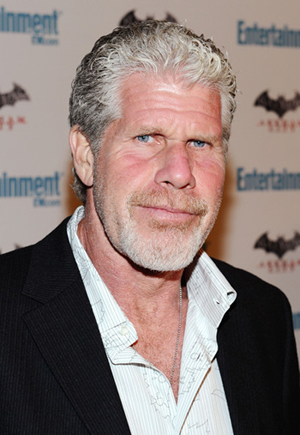 When doing these countdowns, I've been dreading when linebackers come up. It's the same ole' story for most of them and I end up writing the same things: They will get a few snaps here and there, they should contribute on special teams, and they will have to wait their turn to be a major contributor to the Broncos. Since the strong-side linebacker is actually the nickel, only two linebackers are likely to play at any one time. Moreover, we have some dang good linebackers on the roster. Pint is one of them.... he's just not at the top of the depth chart. After redshirting last fall, getting a haircut, and losing the smile, Pint will have to compete with many others, young and old, to make his way onto the field. Right now, it's pretty clear that we will see Blake Renaud, Tyler Gray, and Ben Weaver fairly regularly. Those guys are a Junior, Sophomore, and R-Freshman, so Pint will get the opportunity to prove himself in fall camp due to the face that those guys are still young and relatively inexperienced. With the talent surrounding him, however, Pint will have very little leeway to make mistakes. If he makes it unscathed through fall camp, which won't happen, we could see Pint line up alongside those other young'ens come gameday.

Valor Christian isn't just the name of a high school. It's a way of life. To attend, all students must pass The Agoge to prove themselves. Think 300.