This hits very close for Bronco Nation after 2011 signee Emil Smith died in a car crash before arriving on campus. I think University of Oregon Head Coach Mark Helfrich said it best:

Today we are all Utes and Aggies

UPDATED: One of the best Q & As with Coach Pete

Oregon got a new football facility?

Are you FREAKIN' kidding me? A Coaches War Room? A Barber Shop? On the plus side, this pretty much takes Coach Pete coaching at Oregon completely off the table.

UPDATED: University of Kentucky has a Basketball-only dorm connected to the practice facility

There will be tremendous talent in the MWC this season, especially at quarteback. While I think some of the other passers are more talented than S'wick, I think the most important player on the odds-on favorite to win the league deserves to be higher than 29th.

Jay Ajayi listed as a "Running Back on the Rise"

No other MWC player made the list. Have they already arrived? Boise State opponent Jamaal Williams of BYU also makes an appearance.

Colledge dinged up; Potter looking to make a move

...up the depth chart. With NFL camps kicking into full-swing, there will be more and more news on Bronco Alums. Colledge isn't expected to miss much time, while the Cardinal coaching staff isn't impressed with LT Levi Brown's offseason progression which means they may look to insert Potter back into the starting lineup.

It's still weird keeping an interest in the Bears.

Shea McClellin had a quick burst off the ball on Monday and repeatedly won his one-on-one matchups coming off the edge.

Is Johnny Manziel spinning out of control?

That's basically the question ESPN The Magazine's Wright Thompson poses to readers in this good, yet lengthy, article about the first freshman to ever win the Heisman. As I sit here, it's not an easy question to answer. I really don't know how I would react to becoming a national celebrity at 20-years old. It stands to reason, however, that Manziel has had an awful lot of run-ins with alcohol for someone who as yet to turn 21. 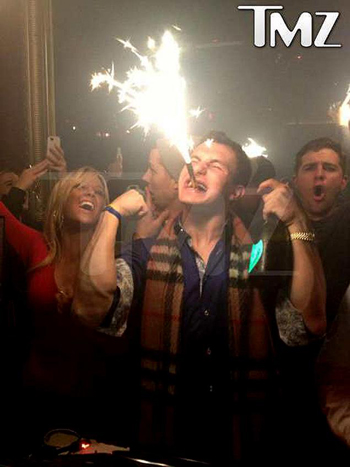 What's your take on Johnny Football? Just a 20-year old being a college kid, or is there a serious problem brewing for the Manziels and Texas A&M?

Also, NFL fan loyalties aside, which pro teams do you follow just because they have a former Bronco on the roster? For me, it's the Panthers. Richie Brockel is a beast.