When does Fall Camp start? When's the scrimmage? When's that 30 for 30 episode on Mark Schlereth's terrible soap opera acting?

Share All sharing options for: Important dates on the Boise State football calendar

August 18 - Joe Southwick to get heckled in a Winco

September 1 - Washington to announce disciplinary actions for Austin Sefarian-Jenkins and Kasen Williams, sorry they couldn't get to this before the Boise State game, everyone

October 1 - KTVB special: "Where Are They Now? Boise State Stars of Yesterday," an exclusive look at the lives of former Boise State players and coaches that David Augusto's been stalking. Plus, Mark Johnson on what ever happened to Doug Harper.

October 5 - The American Athletic Conference to announce the addition of five new schools you didn't realize had football teams.

October 6 - In the spirit of player safety, the NCAA to ban the following:

The appeal process is a staring contest with New Mexico mascot Lobo Louie. 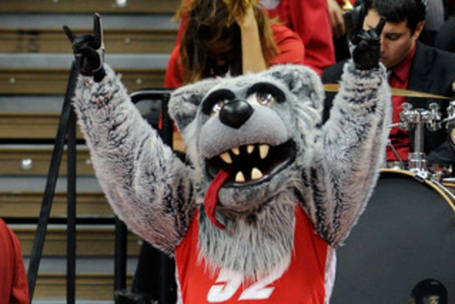 October 23 - 30 for 30: The Bold and the Bunghole: a retrospective of Mark Schlereth's acting career

December 14 - Heisman Trophy ceremony, sponsored by Nissan, built by the Home Depot, brought to you by AFLAC, made possible by Arby's