We have just 49 days until kickoff, so today we'll hghlight #49 on he Bronco roster—Darien Barrett

By way of U-turn. Barrett was apparently all set to sign with San Diego State (he'd verballed) but spurned the Aztecs after taking a late trip to The Blue™. How late? About 3 days before LOI day...close call. Barrett's complete high school stat lines are hard to come by, but we do know that he was an All-Ocean League first-teamer as a senior after making 42 tackles (4 for loss), 10 sacks and 2 forced fumbles. Like I stated before, Barrett chose the Broncos over his one other offer from SDSU. I could probably tell you more about Barrett's prep career, but this video will explain more thoroughly than I ever could:

Robert Blake sullied the name, but Darien can reclaim it. 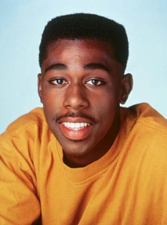 It's all hands on deck this year at the DE position and Barrett should be ready for the call up. He's had a year now with the program, has put on some good weight and looks like he could be one of our more active pass rushers. As we've discussed before, no one will unseat Demarcus Lawrence at end 1 and Tyler Horn has to be considered the favorite to hold down spot two, but we've also discussed that Boise State's top 4 DEs will all get lots of PT and be in a heavy rotation. At this point, I'd say Sam McCaskill and Beau Martin are the frontrunners for the second wave of DEs. If you're in the top six...you'll play. Barrett and Kharyee Marshall are probably in that platoon currently, although either could move up in Fall Camp. Rounding out the DEs is Kamalei Correa, who is going to be a major force in the near future, but I think we can afford to redshirt with the depth being where it is. Barrett isn't exceptionally tall, but he has long arms and uses his leverage well on the edges. He appears to have pretty good speed and takes good pursuit angles from the film I've seen. I'm excited to see what he can do in camp. McCaskill turned heads in the Spring...maybe Fall Camp is Barrett's time to shine.

Comparing last year's bio to this year's, Barrett has gained 18 lbs. but shrunk an inch. Clearly, he stumbled onto the workout regimen called "me, since high school"