No offense to the Hog Mollies on the line or the fellow receiving brethren, Tight Ends, but I love me some wide receivers. Today we highlight a talented kid who's got a whole lotta upside: Kendal Keys. 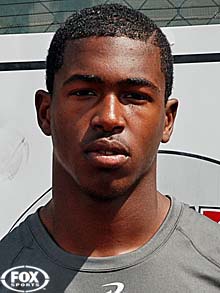 Keys was a 3-star recruit out of Reggie Bush's alma mater, Helix High School. On signing day, he spurned the likes of Arizona, Arizona State, Colorado and Oregon State, as well as his hometown San Diego State Aztecs to sign with the Broncos. I assume he's already made his way to the Blue™ and is parcticpating in PRPs (Player Run Practices).

You Choose: See Below... 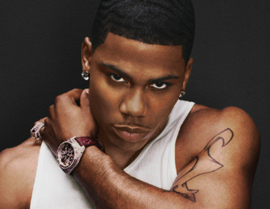 A.K.A. Nelly of the St. Lunatics

Kendal Keys is described as a perfect possession receiver specimen, only with more speed. He is tall and fast, but as talented as Keys is, he will most likely redshirt for the 2013 football season. I think we all know that no matter how talented players are, it takes more to earn playing time for Coach Pete and his coaching staff. That's what makes them good and that's what has made Boise State a perennial top-25 team.

With Boldewijn, Burks, and Moore all graduating after this year, the depth chart will open up a bit. It will be important for Keys to hone his craft—route running, speed, and run blocking—during fall camp, his redshirt season, and in spring ball in order to secure his place among Bronco pass-catchers. With AJ Richardson coming in during the spring and three scholarship WRs slated for the next recruiting class, K^2 will need to make a name for himself as quickly as possible.

Completely (probably) made up fact

Although not as well-known as his cousin, Alicia, he is still quite good on the ivories.